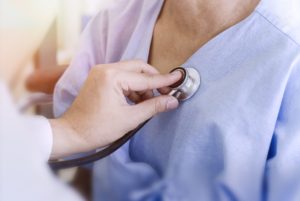 A surprising new study shows how patients with mild cognitive impairment (MCI) may receive fewer treatments in hospitals after suffering from a heart attack. This new research is helping to spread the light on those with MCI who may be able to make informed decisions about their medical care.

When most people hear about cognitive impairment, they think about dementia. But not all cognitive impairment is the same. Some people with MCI can have problems with thinking, memory, and language problems, but it may go undetected by health professionals when treatment about another illness is being discussed. This is what led to the study about a possible link between those with MCI who have suffered a heart attack or acute myocardial infarction and proper treatments.

“Because dementia is so feared among older adults and their families, it’s understandable and appropriate that it may weigh heavily on the decisions for all types of care, including heart attack care,” says co-author of the study, Kenneth Langa. “Our study emphasizes the importance of differentiating between MCI and dementia and of educating patients, families, and clinicians on the relative risks of further cognitive decline versus common cardiovascular conditions for people with MCI.”

As mild cognitive impairment (MCI) does not severely impact daily functioning and might not get worse over time, it’s hard to tell if someone is making informed decisions when speaking to their doctors about treatment options.

“While some may progress to dementia, many will persist to having MCI, and a few will actually improve and revert to normal cognition,” says Levine, a member of the University of Michigan Institute for Healthcare Policy and Innovation. “Many older adults with MCI live years with good quality of life, and so face common health risks of aging like heart attack and stroke.”

But can they make the informed decisions about their health and treatment options if these common health risks arise? That is the question that this study set out to test. Published in the Journal of General Internal Medicine, the research found that pre-existing MCI was associated with significantly lower care after a heart attack including both catheter-based or open surgery. The results were gathered from 609 adults aged 65 years and older who were hospitalized for a heart attack between 2000 and 2011.

“This is a timely issue because as the population ages, the number of seniors 85 years old and older has become the fastest-growing segment of the U.S. population,” Levine says. “Seniors 85 and older are most likely to have MCI, and their incidence of heart attack has surged.”

“Up to 1 in 5 adults ages 65 and older has MCI, although many may be undiagnosed,” Levine says. Her team’s research has found that physicians may not be recommending invasive treatments as often for older people who have MCI. This study was meant to help to encourage clinicians to reflect on the influence of the MCI in their treatment recommendations.

“It’s important for providers to consider whether they are recommending against treating a patient just because they have MCI,” Levine says. “Physicians can think about offering treatments to all patients when clinically indicated.”