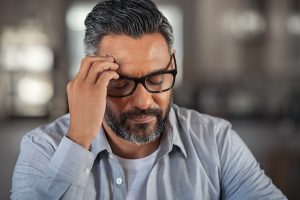 Good quality sleep is crucial for overall health. But for people with migraines, they may be getting less quality REM sleep time compared to those without migraines.

According to a study published in Neurology, the American Academy of Neurology journal, both children and adults get less total sleep time. However, children with migraines took less time to fall asleep compared to their peers without migraine.

Members of the American Academy of Neurology set out to examine if migraines cause poor sleep quality or if poor sleep quality caused migraines. They wanted to get a clearer picture of how migraines affect people’s sleep patterns and the severity of their headaches so more effective sleep treatments could be developed.

For the meta-analysis, 32 studies were included, which involved 10,243 people. Participants were required to complete a questionnaire to rate their own sleep quality. Questions included how long it took to fall asleep, total sleep time, and the use of sleep aids. Higher scores indicated worse sleep quality.

Some participants also took part in an overnight sleep lab to help diagnose sleep disorders. The technicians at the sleep lab were able to record brain waves, oxygen levels in the blood, heart rate, and eye movement.

It was recorded that adults with migraines had overall higher scores on the questionnaires compared to people without migraines. A moderate amount of the difference was due to the migraines. Participants with chronic migraines had an even greater difference.

Both adults and children with migraines had less REM sleep compared to their healthy counterparts. Rapid Eye Movement (REM) is the sleep stage that involves the most brain activity and vivid dreams. It is most important for memory function and learning.

“Our analysis provides a clearer understanding of migraines and how they affect sleep patterns and illustrates the impact these patterns might have on a person’s ability to get a good night’s sleep,” said study author Jan Hoffmann, MD, Ph.D.

A small limitation for this study was that medications that affect sleep cycles were not taken into account. With further research into the relationship between migraines and sleep, more prevention techniques and treatments may become accessible to patients.

Sleep time and quality is crucial for overall health. Lack of sleep can lead to many health problems, including obesity, diabetes, stroke, and heart attack. Studies show that people who sleep less than six hours a night have a 20% higher chance of heart attack. With such a high percentage of people at risk for health issues from lack of sleep, studies such as this are extremely important for patients with migraines so they can get the sleep they need.