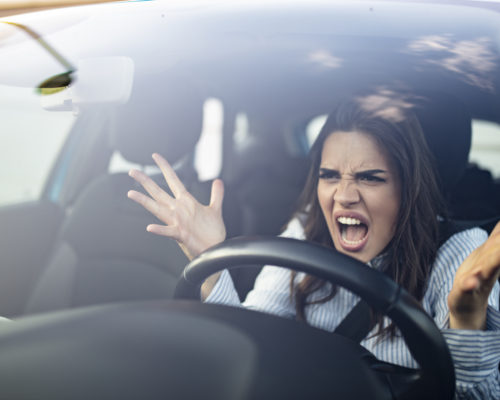 Improving hostile behavior may reduce the risk of death after a second heart attack, according to new research published in the European Journal of Cardiovascular Nursing. This study, one of the largest and most comprehensive of its kind, examined the relationship between hostility and the effect it had on heart attack patients.

Hostility is a personality trait that includes being irritable, sarcastic, cynical, resentful, or impatient. The study author, Dr. Tracey Vitori, spoke about the research, saying, “We know that taking control of lifestyle habits improves the outlook for heart attack patients and our study suggests that improving hostile behaviors could also be a positive move.”

The study included 2,321 participants who were all heart attack survivors. Hostility was measured using the Multiple Adjective Affect Checklist (MAACL), and all patients were followed for 24 months for recurrent heart attack and death. The average age of participants was 67 years, and 68% were men. Out of all participants, 57% were scored as hostile, according to the MAACL.

After adjusting for factors that could affect the relationship, including sex, age, education, diabetes, high blood pressure, and smoking, researchers found that hostility was an independent predictor of dying from a second heart attack.

Dr. Vitori noted that hostility did not predict recurrent heart attacks. She said: “Hostility has been linked with cardiovascular disease since the 1950s, but we still don’t fully understand why. Our study shows that hostility is a common trait in heart attack survivors and is associated with poor outcomes. More research is needed on how this characteristic affects the body.”

With mounting evidence of how lifestyle changes can help to reduce risk of cardiovascular events in high-risk patients, this study outlines the importance of managing hostile behaviors. Other lifestyle changes include smoking cessation, increasing physical activity, and eating a healthy, well-balanced diet.

Many physical and behavioral stress problems are known to be directly influenced by stress, anger, and hostility, not just an increased risk of death after a second heart attack. For example, patients with gastrointestinal or stomach problems have a high correlation with anger.

Most people believe that they have little to no control over their hostility, but like all emotions and behaviors, a person can learn to better control their temperament through training and practice. By learning some easy techniques and changing lifestyle habits, anger and hostility may be reduced, thereby reducing any health risks related to the emotions.