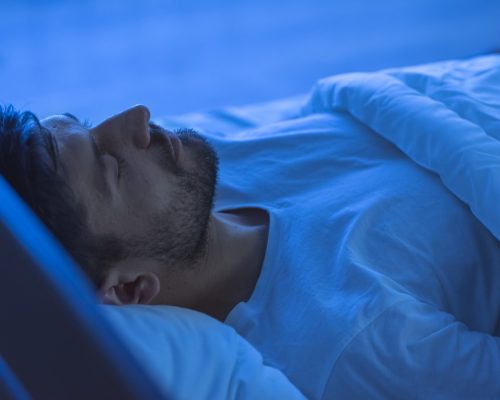 Sleep can be attributed to a host of health conditions. Either too little or too much can affect overall health. A new study being presented at the American College of Cardiology’s 70th Annual Scientific Session suggests that people who have six to seven hours of sleep a night had the lowest chance of dying from a stroke or heart attack.

For the study, researchers analyzed data from 14,079 participants who were previously enrolled in the 2005-2010 National Health and Nutrition Examination Survey. They were followed for a median of 7.5 years to determine if they died from a heart attack, heart failure, or stroke. On average, participants were 46 years, half were women, and 53% were non-white. Fewer than 10% of all participants had a history of heart disease, stroke, or heart failure.

As the first study to explore the relationship between baseline cardiovascular risk and hours of sleep, it was able to add to mounting evidence that sleep is similar to smoking, exercise, and diet when it comes to cardiovascular risk.

This was accomplished by dividing participants into three groups based on their average length of sleep. Their atherosclerotic cardiovascular disease (ASCVD) risk scores and levels of C-reactive protein (CRP), a key inflammation marker known to be associated with heart disease, were then assessed.

The ASCVD risk score is widely used to predict the risk that patients have for heart attack or stroke, or how likely they are to die from atherosclerosis, a hardening of the arteries, in the next 10 years. An ASCVD risk score less than 5% is considered low risk.

The patients in the study had a median risk of 3.5%, and a U-shaped relationship based on sleep duration. The participants who had six to seven hours a night had the lowest risk.

The lead author of the study, Kartik Gupta, concluded, “Participants who slept less than six hours or more than seven hours had a higher chance of death due to cardiac causes. ASCVD risk score was, however, the same in those who sleep six to seven hours versus more than seven hours.” He also added that “the ASCVD risk score may not adequately capture elevated cardiac risk in this subgroup and that results are perhaps stronger for participants sleeping less than six hours a night.”

As the world becomes more stressed and sleep deprivation is more prevalent, more cardiovascular events are occurring. But what many people overlook is the harm that oversleeping can do to the body as well. This study helps to continue the discussion about the importance of sleep, including the during and quality.