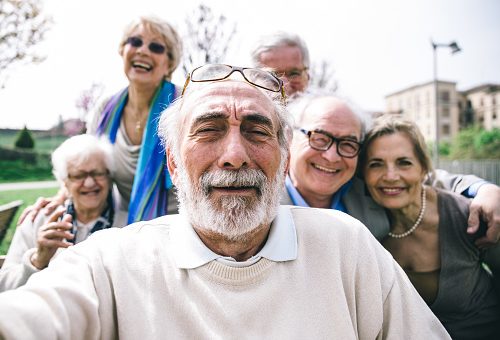 For most of us, living longer is one of our primary goals in life. We can watch our children, and even our children’s children, grow up and be happy. We want to see how the world develops and unfolds over the decades, hopefully pushing human civilization one step further toward the futuristic fantasy we’ve only seen in movies.

Living to a hundred years of age may seem like an improbability, but there are literally hundreds of thousands of people around the global well beyond this 100-year mark. They are affectionately called centenarians, and according to a new report, they are often healthier than younger seniors in their 80s and 90s.

Many centenarians in the United States are white males who have fought in World War II, but this generation also lived through the great depression, making their longevity all that more astonishing.

The researchers of the study compared data from centenarians with people who were slightly younger, finding that centenarians had less chronic diseases overall.

It is thought that perhaps living a hard life has made this demographic more resilient, both in mind and body. Having to deal with the hardships of a particularly rocky time in American history can change an individual’s outlook and life, making them value life in general.
Dr. Raya Elfadel Kheirbek, who was the lead researcher on this study, believes that the hardships that this generation had to face offer an important message of resilience to anyone who is struggling.

Delving further into reasons why the centenarians taking part in this study lived so long, it is possible that having a military background instilled a sense of discipline. This, in effect, has led them to lead healthier lives, making decisions that preserved their health such as not smoking or drinking.

The number of centenarians is expected to reach one million by the end of the century, as they are among the nation’s fastest growing age groups.

More Americans are living beyond the age of 100

Health Tips if You Want to Live Over 100