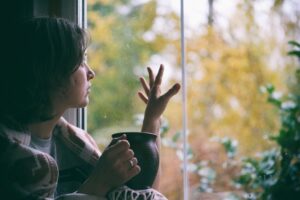 I don’t know about you, but I’ve noticed the days are much shorter, darker, and colder than they were just a few weeks ago. Waking up in the dark is no fun.

For some, it can be a real challenge. As fall ushers in a major change from the long summer days, some begin struggling with depressive symptoms that can worsen and last through the winter.

The “winter blues,” also called Seasonal Affective Disorder (SAD), impacts about 5 percent of the overall U.S. population. However, some work suggests that number doubles in the more northern states where temperatures get cooler and the days even shorter.

It can be difficult to recognize and diagnose SAD because symptoms closely resemble different forms of depression. The only real way to diagnose the condition is for symptoms to appear for two consecutive years, with symptoms beginning and ending around the same time, without continuing during the spring and summer months.

It’s also possible people with SAD may show mood extremes, with periods of mania during the summer months.

So what can you do if you think you’ve got SAD? The first thing is to speak with your doctor about how you’re feeling and keeping tabs so a diagnosis can be made.

Various prevention and treatment techniques are being studied. Some theorize that starting treatment early in the fall may help prevent or reduce symptoms through the winter when days are at the shortest, darkest, and coldest.

Light therapy is one of the most common and potentially helpful treatments. It involves a powerful light box, which can be used to wake up or sit by in the morning.

Exposure to natural light during the daytime may also help, so open blinds and sit by the windows, when possible, during the day.