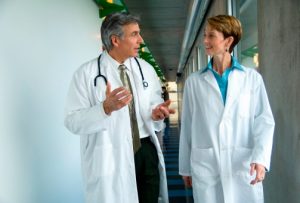 These findings were from 2013, which goes to show that pay inequality is still a pressing issue.

In the field of medicine pay inequality can also be seen. Male physicians were shown to receive higher pay than female ones. The question is why.

In a recent report, it has been shown that female physicians receive nearly $15,000 less than male doctors.

About 776 male and female doctors answered a surveyed that revealed optimal workload was a top priority for both genders. Pay was ranked second on importance for men and fourth for women.

The group surveyed consisted of younger women who were not in leadership roles in comparison to the men. The women worked fewer full-time equivalents, worked more night shifts and worked fewer daytime billable shifts.

The women were more likely to be pediatricians, work in University’s, worked in the Western U.S. and were divorced. All of these factors were seen to contribute to the pay disparity.

Lead author Dr. A. Charlotta Weaver said that women’s tendency to prioritize pay less than men could be a factor in the disparity. Notably, the study looked at women under 41 years of age who worked in academic hospitals.

The study was published in the Journal of Hospital Medicine.