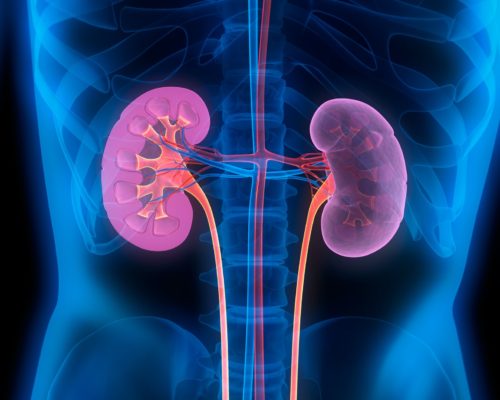 In one of the most extensive and most detailed studies ever conducted, it was recently found that patients diagnosed with gout were more than twice as likely to develop chronic kidney disease compared to those without. The research, coming from the University of Limerick (UL), Ireland used data from more than 620,000 patients in the UK health system.

Gout is a common inflammatory arthritis affecting 2.5 percent of the adult population. It can cause severe pain and suffering in the joints, tendons, and bones due to a build-up of uric acid. Treatment of the condition have been proven as effective for lowering uric acid levels in the bloodstream, but current evidence shows that gout remains poorly managed in the general population.

Chronic kidney disease is a condition that affects around 15 percent of adults in the Irish health system and can have significant impacts on overall health.

“Each year over 450 patients develop kidney failure in Ireland and require some form of dialysis treatment or a kidney transplant,” explained Professor Austin Stack, Foundation Chair of Medicine at UL GEMS who is lead author of the study and Principal Investigator for the UL Kidney Health Consortium at the Health Research Institute and Consultant Nephrologist at UL Hospitals. “This continues to be the case despite our best efforts at controlling blood pressure, diabetes, and other well-established risk factors.”

The researchers based their finding on the results of a UK-wide study that analyzed data from the Clinical Research Practice Data Datalink (CPRD). This is a database that collects clinical information on patients attending primary care centers from across the UK.

For the study, researchers analyzed the risk of advanced chronic kidney disease in 68,897 gout patients. They were followed for an average of 3.7 years and compared them to 554,964 patients with gout.

“The results were quite astonishing,” said Professor Austin Stack. “While we always believed that high levels of uric acid might be bad for kidneys and that patients with gout may have a higher risk of kidney failure, we were quite surprised by the magnitude of the risk imposed by gout in these patients. We were particularly interested in the risk of advanced kidney disease, as these patients, in general, have a higher risk of kidney failure and death.”

“Overall, we discovered that patients who suffered from gout had a 29 percent higher risk of advanced chronic kidney disease compared to those without gout. Indeed, when we analyzed each of the components of advanced kidney disease, we found that in general gout patients were at higher risk of a deterioration in kidney function compared to those without.”

The study that was published in the medical journal BMJ Open hopes to shed new light on the importance and potential impact of gout on kidney function. There have been previous studies that showed a link between gout and kidney disease, but until now, none have convincingly shown that gout can contribute to the development of kidney failure.