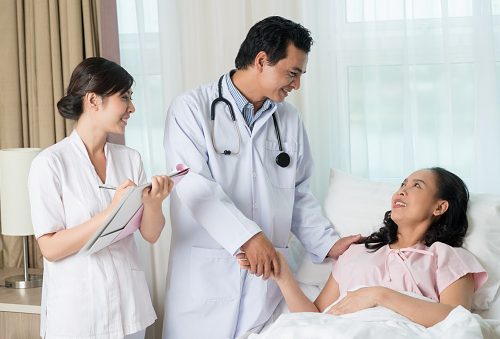 Researchers from the University of Chicago Booth School of Business (UCBSB) recently published a study which reveals that patients who require immediate medical attention are more likely to perceive doctors as emotionless.

When we are in a state of medical need, we have an expectation that doctors are there to help us and should help somewhat immediately. However, as the need for medical attention increases, so does the likelihood that the patient will view their doctors as “empty vessels,” as if they expect them to be able to contain the emotions of their patients.

What makes the study unique is that typical research in this area usually focuses on the doctor’s perception of the patient and rarely vice-versa.

Researchers designed six studies to test how important the role of a doctor is to the patient and how that changes the perception of the doctor from the standpoint of the patient. The experiments revealed that when patients have a strong need for a doctor they are less likely to view their doctor as a human with emotions. Additionally, it was revealed that doctors should empathize with patients.

Professor Ayelet Fishbach from UCBSB said, “When people really need to see a doctor, whether it is for something immediate such as a broken bone or a life threatening illness, they look at the doctor in terms of their own health goals and not as a person with emotions. When patients ‘objectify’ their doctors – when they treat them like objects or machines – it can have negative consequences and lead to burnout.”

Results remained consistent with each of the six studies.

A recent national survey of physicians uncovered that 46 percent of doctors report experiencing at least one symptom of a burnout, and those doctors on the frontlines of healthcare are at highest risk.

Fishbach concluded, “If patients are sensitive to their doctors’ emotions, they could get better care.”

The findings were published in Social Psychological and Personality Science.