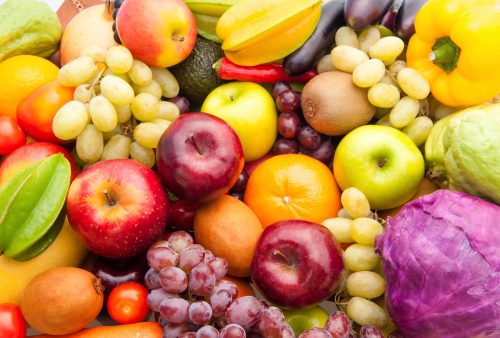 Parkinson’s disease risk is higher in men, but it may be reduced with flavonoid-rich foods, according to research. Parkinson’s disease is a progressive neurological disorder that leads to tremors and difficulty in movement. It’s believed to occur due to a loss in dopamine neurons found in the part of the brain that controls movement.

Oxidative stress may be the cause of genetic mutations along with exposure to environmental toxins that harm and kill cells. Researchers from the University of North Texas Health Science Center examined dopamine neurons in rats and found that testosterone aggravates the damage associated with oxidative stress. The findings suggest that testosterone may enhance the damage and death in dopamine neurons due to oxidative stress, which can help explain why men have higher rates of Parkinson’s disease than women.

The study consisted of nearly 13,000 men and women. Over 800 cases of Parkinson’s disease emerged during the course of 20 years of follow-up. The researchers explored a detailed analysis of the participants’ diets and adjusted for age and lifestyle habits. What they found was, males who consumed the most flavonoids had a 40 percent reduction in developing Parkinson’s disease, compared to those who consumed the least. This link was not found in women.
Professor Aedin Cassidy said, “These exciting findings provide further confirmation that regular consumption of flavonoids can have potential health benefits. This is the first study in humans to look at the associations between the range of flavonoids in the diet and the risk of developing Parkinson’s disease, and our findings suggest that a sub-class of flavonoids called anthocyanins may have neuroprotective effects.”

Research lead Dr. Xiang Gao added, “Interestingly, anthocyanins and berry fruits, which are rich in anthocyanins, seem to be associated with a lower risk of Parkinson’s disease in pooled analyses. Participants who consumed one or more portions of berry fruits each week were around 25 per cent less likely to develop Parkinson’s disease, relative to those who did not eat berry fruits. Given the other potential health effects of berry fruits, such as lowering risk of hypertension as reported in our previous studies, it is good to regularly add these fruits to your diet.”

Flavonoids are naturally occurring, bioactive compounds found in plant-based foods and beverages. The main protective flavonoid found in the study was anthocyanin, which is highest in fruits and berries, along with vegetables like aubergines.

Larger studies need to be conducted to confirm the findings, but so far the research gives hope that a diet high in fruits and vegetables can offer protective mechanisms against the neurological disease.

Dr. Kieran Breen, director of research at Parkinson’s UK, added, “This study raises lots of interesting questions about how diet may influence our risk of Parkinson’s, and we welcome any new research that could potentially lead to prevention. While these new results look interesting, there are still a lot of questions to answer and much more research to do before we really know how important diet might be for people with Parkinson’s.”

Although Parkinson’s disease commonly affects the elderly, the symptoms of this condition may develop by the age of 50.  The clinical causes of this neural disorder have been associated with the central nervous system, in which nerve cells undergo cell death, thus decreasing the production of dopamine, a neurotransmitter that plays a major role in most body functions, including the control of one’s heart rate and blood pressure. Continue reading…