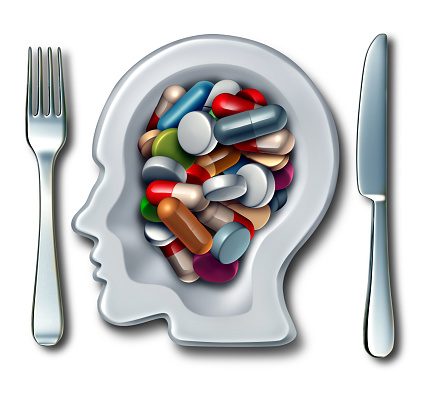 Parkinson’s disease psychosis (PDP) treatment with antipsychotic drugs increases the risk of death, according to the latest research. Antipsychotic drugs are being prescribed for many off-label purposes, especially to adolescents, which is putting people at risk.

Antipsychotic drugs are used for individuals with psychosis, such as schizophrenia. The medications affect neurotransmitters to allow communication between nerve cells.

One study found that many adolescents are being over prescribed antipsychotics for conditions like attention deficit and hyperactivity disorder (ADHD). The study found that prescribing antipsychotic medications to youths for ADHD increases their risk for irreparable brain damage. Not only does the brain become damaged, but in another study it was revealed that these drugs can contribute to weight gain as well, which we know to be a factor for other health complications.

In individuals with Parkinson’s disease, antipsychotic drugs can be even more harmful by increasing the risk of death.

Roughly seven to 10 million Americans suffers from Parkinson’s disease, which consists of a slow, progressive loss of motor function and cognitive impairment. Psychosis is commonly seen in Parkinson’s patients, presenting as hallucinations and delusions.

Even though more than half of Parkinson’s patients with psychosis use antipsychotic medications to treat it, there is very little evidence to support that the drugs are effective.

Professor Clive Ballard from King’s College London said, “Our findings clearly indicate serious risks associated with antipsychotics and highlight the need for greater caution in treating psychosis in Parkinson’s disease. Antipsychotics are known to be linked to serious harm in people with Alzheimer’s disease, and these findings show that a similar, although not identical, risk is seen in people with Parkinson’s.”

Ballard continued, “Our findings therefore strongly suggest that doctors, patients and family members should consider these risks very carefully when considering potential treatments for psychosis and any other behavioral symptom in people with Parkinson’s disease, such as agitation or aggression. Further research is required to develop new, better treatments for psychosis and other behavioral symptoms.” 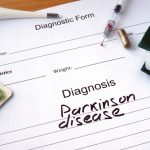 As mentioned, psychosis in Parkinson’s disease can manifest itself through hallucinations or delusions. Hallucinations are commonly visual but non-threatening, and only in rare occurrences can they threaten the individual. Some hallucinations can be auditory, but once again these are quite rare and usually accompany visual hallucinations.

Common themes of delusion are spousal infidelity or paranoia. The paranoia can be a fear of being poisoned, having their belonging’s stolen, or having their medication switched. Paranoia can be more threatening than hallucinations. Paranoia may prompt patients to call authorities to report a burglary or report a plot against them.

Psychosis can occur in up to 40 percent of Parkinson’s patients, making it quite common. In the early stages of Parkinson’s, patients with psychosis still have an understanding of what is going on and maintain their insight. As the disease worsens, so does the psychosis and the person can lose touch with reality altogether.

Long-term medication use is thought to contribute to the onset of psychosis in Parkinson’s patients. Another theory suggests lack of sleep and medication use is what can lead to psychosis, but it is still not completely proven yet.

There are a list of factors, which may increase a person’s risk for Parkinson’s disease psychosis, such as:

Treatment and management of psychosis

Depending on the severity of the psychosis, there are many different forms of treatment available. If psychosis is mild and the patient still retains their insight, it is best to simply stick with the treatment for Parkinson’s disease. On the other hand, if delusions become threatening, then more aggressive treatment must be conducted.

The best way to manage psychosis with Parkinson’s disease is to notify your doctor right away, so they can begin monitoring it and start treatment as soon as it worsens.

Parkinson’s disease is a neurodegenerative disorder that affects elderly adults and is characterized by the occurrence of tremors, slow mobility, and a peculiar walk, in which the back is usually arched and the head positioned forward. Continue reading...

Individuals with Parkinson’s disease often become sedentary as the disease impairs their motor skills and balance. Patients may develop a fear of standing as their symptoms worsen and the fear of falling becomes greater. Continue reading…