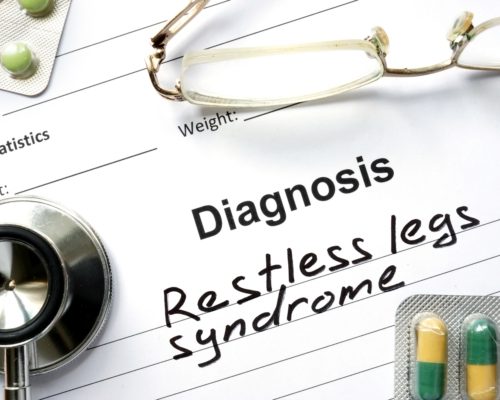 In Parkinson’s disease patients, movement disorder called leg motor restlessness is more likely than restless leg syndrome. Restless leg syndrome (RLS) is a sleep and movement disorder which is characterized by the urge to move one’s legs in order to stop uncomfortable sensations. This sensation often occurs when at rest, so it usually plagues patients during sleeping hours.

The researchers found that RLS was not significantly common in Parkinson’s patients, but patients did have triple the risk of having motor restlessness, compared to those without Parkinson’s disease.

Study author Michaela D. Gjerstad explained, “This finding could possibly be because people who have not yet taken dopamine for their Parkinson’s disease have a dopamine deficiency in their brains, which is similar to when people develop motor restlessness after taking antipsychotic drugs that block dopamine in the brain.”

John Morgan wrote in an accompanying editorial, “Time will tell whether the majority of these people with leg motor restlessness will go on to develop restless legs syndrome, or whether the restlessness improves after they start taking dopamine drugs. Further study of this group of people will be quite interesting.”


Other complications that arise from Parkinson’s disease

Thinking difficulties: Cognitive impairments can occur in the latter stages of Parkinson’s disease and may not respond well to medications.

Depression and emotional changes: Parkinson’s patients may experience depression, treatment will not only ease depression itself, but also boost overall outcomes of Parkinson’s.

Sleep problems and sleep disorders: Patients may wake up frequently or wake up early, which can be tied to rapid eye movement disorders.

Constipation: A slow digestive tract can contribute to constipation in Parkinson’s disease.

Smell dysfunction: Sense of smell may become affected, as the disease progresses.

Fatigue: Energy can become depleted due to an unknown cause.

Pain: Pain may be experienced in specific areas of the body.

Sexual dysfunction: A decrease in sexual desire and function is seen through the disease progression.

Early Parkinson’s disease may lead to non-motor symptoms such as drooling, anxiety, and constipation