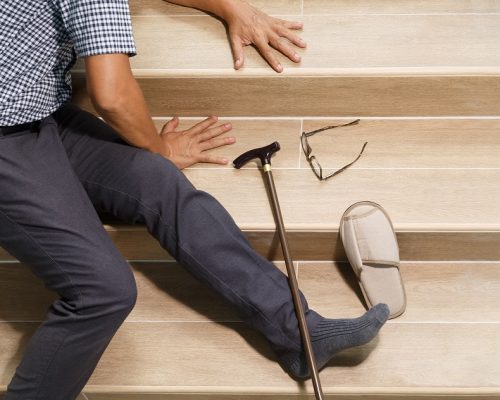 Fall risk in older adults has increased during the pandemic. According to a new national poll, this increase may be due to changes in physical activity and mobility.

The poll came out of the University of Michigan’s Institute for Healthcare Policy and Innovation and analyzed participants from a national sample of more than 2,000 adults aged 50 to 80.

This new poll has found that more than 1/3 of people between the ages of 50 and 80 have found a decline in their physical activity during the pandemic’s first ten months. Also, more than 1/4 of them say they’re in worse physical condition now than before the pandemic. Many of these older adults also reported an increased fear of falling.

Both the fear of falling and reduced physical activity can increase future fall risk and reduce independence. With the pandemic easing in the United States, experts believe that better awareness of this connection could help motivate adults to safely increase and maintain their physical activity. This is especially true in older adults who have been less active or mobile during the pandemic.

A Decline in Physical Activity

Of the participants, 37% reported being less physically active since the pandemic began, and almost the same percentage said they spent less time on their feet standing or walking after March 2020.

The poll also asked about fear of falling, which was experienced by 36% of respondents. Of all older adults who said they had a fear of falling, 23% said that fear had increased during the pandemic.

However, it was noted that the number of people who had reported increased fear of falling was much higher among those who reported less physical activity and worsened mobility.

Falls are the cause of death of more than 32,000 seniors each year. This number has risen steadily in recent years and is expected to increase with the aging population.

“As life gets closer to normal, especially for the large percentage of older adults who are fully vaccinated against COVID-19, health care providers and loved ones should encourage more interactions that involve safe physical activity,” said poll director Preeti Malani, M.D. “We need to make up for lost time and get older adults on track, or back on track, with the kinds of movement and strengthening that can safeguard their independence by reducing their risk of falls or of major fall-related injuries. Even better if this happens in conjunction with social interaction.”

Older adults who have experienced a fall during the pandemic may have lingering effects such as joint pain or reduced mobility. These people need to seek rehabilitation and other care to avoid or reduce the risk of any further issues.