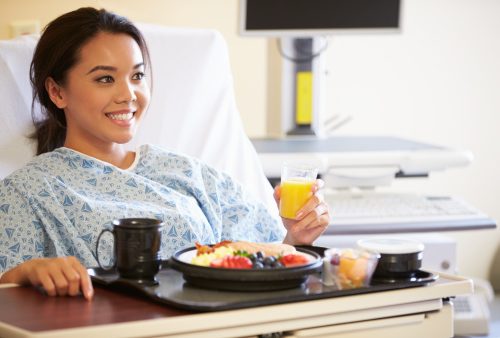 The pancreas is an organ in the body that produces enzymes that help with digestion and regulate how the body processes sugar. It is found in the abdomen, tucked behind the stomach, and is long and flat in appearance. Much like any organ or tissue in the body, it can be affected by disease and abnormalities. Pancreatitis is a condition where inflammation has overtaken it, leading the pancreas to not function as it should. There are a number of different causes for pancreatitis, such as alcoholism and gallstones, but sometimes the cause of the condition is never found. Pancreatitis often leads to hospitalization. A new study finds that eating sooner in cases of mild pancreatitis may speed up recovery.

Mild cases of pancreatitis may go away on its own without treatment, but more severe cases can be life-threatening. The following are some symptoms associated with the condition:

The study in question analyzed studies that included nearly 1,000 people hospitalized for pancreatitis. The long-held belief was that these patients should avoid eating solid food for days, as it may aggravate their condition, but instead, the participants of the study were given food by mouth or feeding tube within 49 hours of admission. Surprisingly, fewer symptoms of nausea, pain, and vomiting were observed, with faster recovery times and less time spent in the hospital overall. Readmission of these patients for pancreatic symptoms or death was no higher than among patients who weren’t given food until several days after hospitalization. The researchers do note that this correlation was weaker in patients with more severe pancreatitis, but saw no harm in having them begin eating earlier than what is currently practiced.

“Food does more than just provide nutrition. It stimulates the gut and protects your body from harmful bacteria that might enter through the bowels. Historically, we’ve been taught that if the pancreas was inflamed, eating would cause it to release more digestive enzymes and may worsen the situation—so whatever you do, don’t feed patients.

Now, our thinking has moved all the way toward letting them eat immediately. Our thought process over the years has really changed, and we hope this study will lead to consideration of early feeding for more patients,” said study author Dr. Valerie Vaughn.

Can you live without a pancreas?