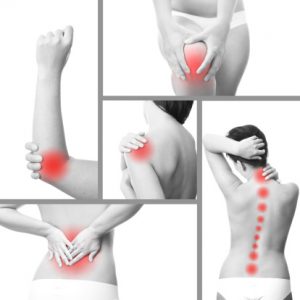 Causes and symptoms of palindromic rheumatism

Due to the rarity of the condition, little research on the topic has been done. However, previously done studies have shown that during episodes of palindromic rheumatism, inflammatory cells move into the lining of the joints, promoting the characteristic redness and swelling in the affected area. What triggers this reaction is unknown, though genetic factors have been suggested. Other possible reasons could include infection, imbalance of hormones, and even trauma. Palindromic rheumatism affects both men and women equally for all ages.

Symptoms often present with sudden and recurrent attacks of painful swelling in one or more joints, with attacks lasting as long as several days or just a few hours. It is common for patients to be symptom-free between these attacks. This inflammatory action may travel from joint to joint after the initial flare-up, but soon disappears with joints feeling normal after a short period. This inflammatory reaction is not known for causing damage to the joints. Over time, some individual with this condition may develop chronic joint inflammation and go on to develop rheumatoid arthritis. Other palindromic rheumatism symptoms may include:

Odds are, if you happen to have this rare condition, your physician may not recognize it right away. The symptoms may be confused with other similarly presenting disorders, like rheumatoid arthritis, which may prompt your doctor to perform various tests in this regard, but will often come up inconclusive, further prolonging the diagnosis of palindromic rheumatism. This lack of obtaining a definite diagnosis right away will most likely lead to you seeing a specialize that the recommendation of your doctor, which will very likely lead to an accurate diagnosis of your condition. Specialists for conditions such as this are often called rheumatologists.

Unfortunately, no specific tests exist to diagnose palindromic rheumatism, but instead with the eye of a highly-trained doctor in the conditions, such as a rheumatologist, a diagnosis based on symptoms alone is often enough. This conclusion will often come after all other likely causes of similarly presenting symptoms have been ruled out become making a palindromic rheumatism diagnosis

The most effective treatment strategy aims at decreasing the amount of inflammation occurring at the joint. Your doctor may recommend taking nonsteroidal anti-inflammatory drugs (NSAIDs), which can be effective in decreasing inflammatory episodes, as well as for controlling pain and stiffness.

Other medication such as hydroxychloroquine (Plaquenil) can help lower the frequency and length of attacks. It may also reduce the probability of developing rheumatoid arthritis in the future. This medication is typically not the first choice when treating palindromic rheumatism, but may be an option if your doctor feels it is the best form of therapy in your particular case. Blood monitoring, frequent checks for side effects, along with kidney and liver monitoring are often required for drugs like these for palindromic rheumatism treatment.

If you happen to have palindromic rheumatism, there are many things to keep in mind when facing recurrent attacks. The following can help ease your symptoms:

Exercise: It may be useful to see a physiotherapist as they may help you find your best balance of rest and exercise. Staying active helps keep your joints working properly, but it is important to know your limits and not to overexert yourself, as palindromic rheumatism and fatigue commonly come together.

Diet: While no food has been conclusively identified to help palindromic rheumatism specifically, keeping a well-balanced diet that helps lose weight may keep you from putting excess tension and stress of your joints.

Work: A mild form of the condition is unlikely to significantly affect your work, but frequent and more severe inflammatory episodes may cause some difficulties. By making some necessary adjustments, you can cope with such symptoms more effectively. If you find you are unable to work due to your condition, there may be programs available that help those with disabilities.

Sex and pregnancy: Constant feeling of fatigue and pain may be off-putting when thinking about having sex, but during the symptom-free times between episodes, having sex should be a relatively pain-free experience. If you are looking to become pregnant and are currently taking certain medications for the treatment of palindromic rheumatism, it is best to speak to your doctor first and make the necessary medication adjustments, as they may interfere with normal fetal development.

Use of pedometers found to decrease fatigue in rheumatoid arthritis patients