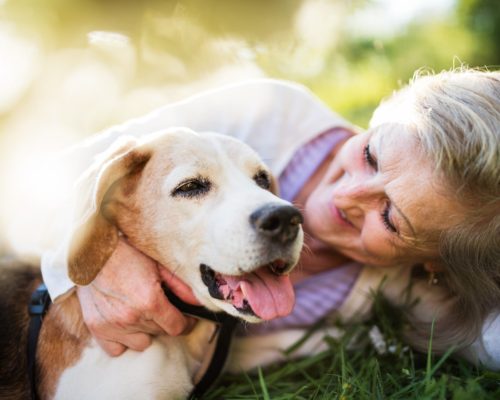 For some people, owning a dog means unconditional love and companionship. According to a new study, it could also mean improved heart health. Research from Eastern Europe has recently shed light on this topic that has dog lovers thanking their furry friends for their healthy heart.

The study conducted in the Czech Republic examined more than 1,700 adults. It found that dog owners tended to be female, younger, and more likely to smoke than people with a different pet or with no pets. It was also found that dog owners had an overall better cardiovascular health profile than those with other pets or no pets at all. This is thought to be because dog owners were more active, were less likely to be obese, and had overall better levels of blood sugar and blood fat.

Medina-Inojosa led the team who analyzed the data on men and women in the city of Brno. None of the participants, aged 25 to 64, had heart disease when they were recruited for the study in 2013-2014. Of the participants, 42% owned a pet, and more than half of those owned a dog.

The team took certain lifestyle qualities into account that could affect the outcome such as age, sex, and educational level. The outcome showed that dog ownership was associated with a higher total cardiovascular health score when compared either to those with other types of pets or no pets at all. It appeared that dog owners were more likely to engage in heart-healthy behaviors including eating a healthy diet and exercising. They were also more likely to have ideal blood sugar levels and tended to have healthy HDL cholesterol and lower prevalence of diabetes.

“If you’re thinking about getting a pet, getting a dog will likely help you with your cardiovascular health goals. This should be a point that will help you make that decision,” said Medina-Inojosa.

The physical activity that participants got while providing for the dog by taking it for walks is most likely what is promoting the improved heart health, rather than just owning the pet.

One limitation of the study that was acknowledged was that there was no data on how long the participants had owned the pets. This could possibly alter the outcome of the study.

However, Medina-Inojosa did conclude that “owning a pet is going to give you an overall sense of wellbeing. You start making better decisions about your food, maybe smoking less, maybe walking a little more, getting up from bed, and that makes your diet fall into place and then your lab values tend to just fall behind.”

If you’re thinking of getting a pet and are worried about cardiovascular health, a dog could go a long way to helping your heart health. Taking care of your heart health includes many lifestyle choices including, diet exercise, and quality of life. For many people, a dog can help with the quality life, exercise, and much more.