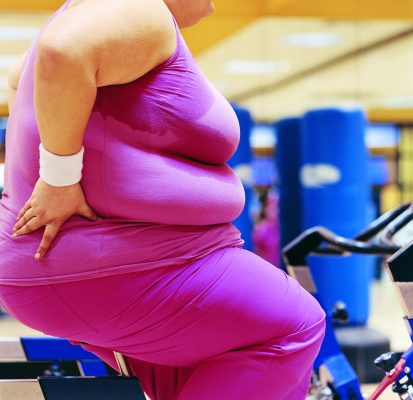 Being overweight or obese carries with it a number of health risks, from type 2 diabetes to heart disease. This is further compounded by the emotional risks that put obese individuals at greater risk for developing self-esteem issues leading to depression.

An additional drawback has been found, as a new study finds that overweight and obese women may need to be screened for breast cancer more frequently, as detecting their tumors is much more difficult compared to their slimmer counterparts.

Treatment begins once cancer is discovered

Early detection of cancer is one of the most important prognostic factors in the screening process. It was found that tumors less than two centimeters in size were much more difficult to identify in overweight women when adhering to the typical cancer screening intervals compared to women of normal weight.

“It seems overweight women would need shorter time intervals between screenings than other women, but our study was not designed to quantify how much,” said Dr. Fredrik Strand, a radiologist at the Karolinska University Hospital. The study in question looked at over 2,000 women from Sweden who ranged from 55 to 74. All had been previously diagnosed with breast cancer and had an average BMI of 25.6, which is an estimate of body fat in relation to a subject’s height and weight. A BMI of 25 to 29.9 is overweight, and over 30 is obese.


It was found that women with a BMI of greater than 25 had increased odds of having a large tumor when diagnosed during a screening test. Therefore, they had a worse prognosis than thinner women.

A prognosis is the likely course of a disease or ailment. Having a bad or worse prognosis could be defined as a chance of cancer coming back, spreading, or causing death.

Despite the difference in intervals in both countries, the researchers believe that the study findings might be even stronger if done on a U.S. population, as they tend to be much heavier compared to the Sweden population.

“[This study is] another piece of evidence that might end the confusion about when to get a mammogram. Women should be screened every year,” said Dr. Laurie Margolies, chief of breast imaging at Mount Sinai Health System in New York City.

Obesity linked to hearing loss risk in women and adolescents