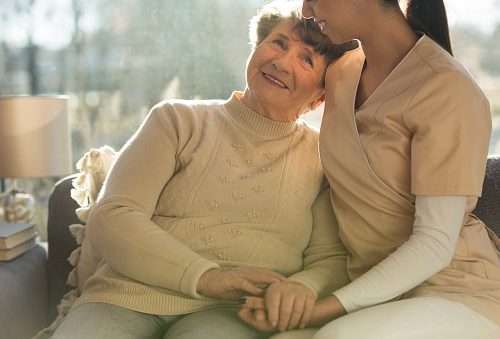 As we age, the risk of osteoporosis increases, as does the condition’s role in the increased risk of mortality. Exactly what role it is that osteoporosis plays in the general mortality of elderly patients is unclear, however. Other risk factors include type 2 diabetes and high blood pressure, although, like osteoporosis, these conditions have not been thoroughly examined in relation to their effects on the elderly.

With the percentage of the older population expected to dramatically increase over the next two decades, understanding the risk factors for general cause mortality is more important than ever.

A new study sought to examine under-evaluated risk factors for general cause mortality in the elderly, including osteoporosis, type 2 diabetes, and hypertension. Participant data was collected from the Swiss SENIORLAB database. The study accepted patients who were relatively healthy at the outset and who were at least 60 years of age. They noted if participants were able to live alone and independently manage their lifestyle and household. It was also necessary that they not exhibit any signs of developing disease.

A total of 1,467 participants were included. On average, patients had follow-ups of nearly 4 years. By the end of the study, 66 participants had passed away. Participant data were collected through surveys and medical exams, including blood tests. Any patients who showed signs of alcoholism were excluded from the study analysis.

The results of the study showed that both type 2 diabetes, osteoporosis, and hypertension were strong predictors of mortality rates among the participants. Type 2 diabetes represented nine percent of all fatalities, osteoporosis six percent, and high blood pressure 26 percent.

The researchers note that the rate of osteoporosis in the sample population for this study was much lower than the national averages in Switzerland for the same age group. As such, the researchers feel that osteoporosis may have been underreported by study participants and the risk of death from osteoporosis is likely much higher than is represented by this data.

Many studies on type 2 diabetes focus solely on younger patients, however, which this study does not in the hopes of verifying treatment guidelines for the elderly. The prevalence of type 2 diabetes increases with age and is at the highest in those 65 and over, as is represented in the data found in this study.

Participants were representative of an older sector of the population and were deemed healthy at the outset. Over the course of a four-year follow-up, participants who developed osteoporosis, type 2 diabetes, and/or hypertension showed a greater likelihood of mortality even in the relatively short term of the present study.