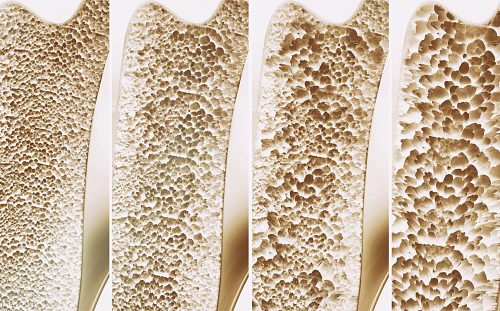 Men are at a higher risk of mortality after suffering from an osteoporosis-related fracture than women, according to research conducted by the University of California, San Francisco. Osteoporosis affects 44 million Americans and contributes to two million fractures annually, mainly because it causes the bones to weaken and become brittle. The majority of osteoporosis fractures occur in female patients; however, this new study has found that these fractures may be deadlier in men.

Lead author Dr. Alan Zhang explained, “Although women are more likely to sustain an initial, osteoporosis-related ‘fragility fracture,’ men have similar rates of incurring a subsequent fracture and are at greater risk for mortality after these injuries.”

The study examined data from over one million Americans aged 65 and older who had been diagnosed with osteoporosis and suffered at least one fracture between 2005 and 2009. Eighty-seven percent of these patients were women, demonstrating the disease’s prevalence among the female population. The rate of death in the first year after the initial fracture was 19 percent for men and 13 percent for women, however, ankle fractures were an exception and held similar rates of just higher than eight percent for both sexes. Women were found to be five times more likely to sustain an initial fracture than men, however, they also had a slightly lower risk of suffering a subsequent fracture in the following three years. Men who required surgery to treat their initial fracture were found to be more likely to sustain another fracture within three years, with the exception of spinal compression fractures, which held a comparable risk for men and women.
Dr. Zhang concluded, “The key findings from this study show that patient sex can affect the risk of sustaining a fragility fracture related to osteoporosis. These findings may be used to better counsel patients after an initial fragility fracture.”