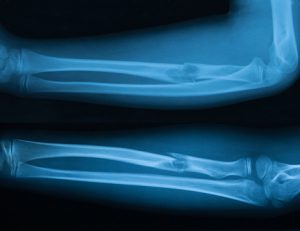 Osteonecrosis (avascular necrosis) is a disease which results from temporary or permanent blood supply to the bones. If blood cannot be supplied to the bones, they will die, causing the bone to completely collapse. If osteonecrosis occurs near the joint, then the surface of the joint can collapse as well.

Disability can occur from osteonecrosis but varies depending on which bones are affected. In a healthy individual bone breaks down and rebuilds itself, but in a person with osteonecrosis this rebuild never occurs as blood supply is lost.

Other risk factors and symptoms of osteonecrosis 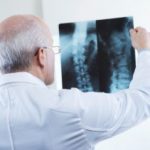 Risk factors that contribute to osteonecrosis include:

The symptoms of osteonecrosis are not a result of immediate damage or changes to the bones. You may have osteonecrosis for quite some time and not notice any symptoms, until the bones become much weaker and are about to collapse. You may experience pain in your bones or joints, which can vary from mild to severe. Lastly, pain may only occur in certain positions, such as lying down or putting pressure on the joint. If you begin to notice sudden pain and can’t recall its source, go get your bones and joints checked out.

Treatments for osteonecrosis are dependent on several things, such as the patient’s age, the stage of the disease, the location of the affected bone and the underlying cause of the conditions.

Treatment options for osteonecrosis include:

Prevention tips include limiting alcohol, keeping cholesterol levels low, and monitoring steroid use, which are all risk factors for the development of osteonecrosis.

Bone fractures may be prevented with Alzheimer’s drug