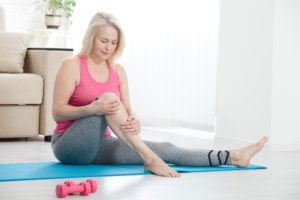 It was shown that the risk of dying from cardiovascular disease was higher for people with osteoarthritis than for the rest of the population. This new epidemiological study looked at approximately 469,000 people living in Skåne, Sweden who were followed for just over ten years starting in 2003. Each participant was between the age of 45 and 84 years.

The group included 16,000 patients with knee arthritis, 4,000 with wrist arthritis, 9,000 with hip arthritis, and 5,500 with other forms of osteoarthritis. They had all been previously diagnosed before the study began in 2003.

Martin Englund, professor at Lund University and physician at Skåne University Hospital, spoke about the research. “We looked at the cause of death for those who died between 2004 and 2014 and who had previously been diagnosed with osteoarthritis and compared the results with the rest of the population in the same region. The groups were not different in terms of most causes of death, but we saw the risk of mortality from cardiovascular disease was higher for those with an osteoarthritis diagnosis. The risk did not increase in the short term after the osteoarthritis diagnosis, but the longer a person had had osteoarthritis, the higher the risk of mortality from cardiovascular diseases compared with the background population, e.g. if a person had a knee arthritis diagnosis for 9 to 11 years, the risk was 16 per cent higher.”