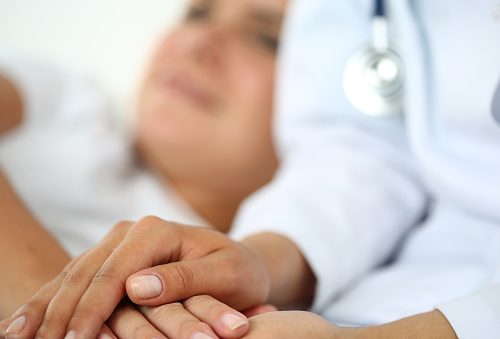 We all get sad from time to time. However, there are people who have persistent, chronic feelings of sadness known as depression. This level of sadness can affect every aspect of their lives, changing their behavior, thought processes, and according to new research, it can even prolong hospital stays.

More than just a mental condition

Depressed people don’t simply have the blues. Instead, they have a chronic psychological condition that requires long-term treatment. The symptoms of depression can affect people of any age, typically manifesting as sadness and hopelessness. The causes aren’t exactly known but may be due to a variety of factors.

While depression is not a physical illness per say, it can manifest in physical ways. Patients with depression are less likely to take their medication and keep their recommended appointments after being discharged from the hospital. They’re also likely to engage in self-harm.

The researchers stress the importance of screening hospital patients for depression, as it is a key component that may inhibit overall health recovery.

“Upon admission to the hospital, patients are screened for all kinds of medical issues such as abnormalities in blood pressure, cholesterol, and blood sugar. Adding a screening for depression seizes a golden opportunity to initiate and maintain treatment,” study lead author Dr. Waguih William Ishak.

Weekend hospital patients tend to be older and sicker