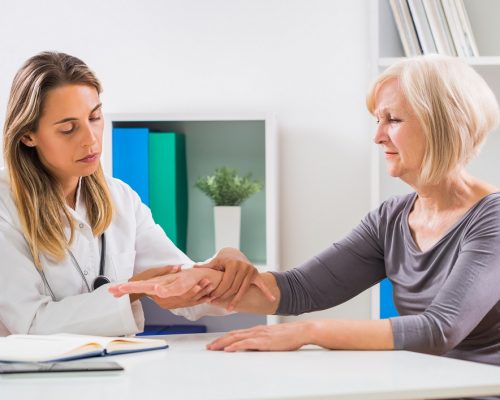 A new UCLA-led study suggests that the current guidelines for bone fractures caused by osteoporosis in postmenopausal women should be altered. Currently, managing osteoporosis only calls out spine or hip fractures as risk factors for subsequent bone breaks.

This new study suggests that fractures in the arm, wrist, leg, and other parts of the body should also be taken into consideration for an increased risk of future fractures. Researchers believe that a fracture, no matter the location, indicates a general tendency to break another bone in the future at a different location.

Dr. Carolyn Crandall, the study’s lead author, explains, “Current clinical guidelines have only been emphasizing hip and spine fractures, but our findings challenge that viewpoint. By not paying attention to which types of fractures increase the risk of future fractures, we are missing the opportunity to identify people at increased risk of future fracture and counsel them regarding risk reduction.”

“Postmenopausal women and their physicians may not have been aware that even a knee fracture, for example, is associated with increased risk of future fractures at other locations of the body.”

The study published in EClinicalMedicine examined records from 1993 through 2018 for more than 157,000 women aged 50 through 79. All data was provided by the Women’s Health Initiative, a national study funded by the National Heart, Lung, and Blood Institute.

Researchers found that among postmenopausal women, those who suffered fractures in the lower arm or wrist, upper arm or shoulder, upper leg, knee, lower leg or ankle, and hip or pelvis were associated with approximately a three to six-fold increase in risk for another fracture later in life. These findings were similar for all age groups studied, but higher risks were found among non-Hispanic Black, Hispanic or Latina, and Asian Pacific Islander women compared to non-Hispanic White women.

Rib fractures were not included in the study, and bone mineral density was only measured for a subset of participants. This meant researchers could not investigate whether the risk for future fractures was associated with bone density.

More studies are needed to confirm these findings and understand why women of different ethnicities have a greater risk of fracture following an initial bone break. By knowing the risk, health care providers may be able to provide treatment for women who may be at a higher risk.