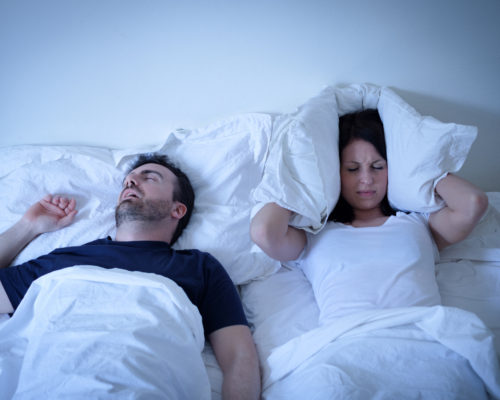 Obstructive sleep apnea (OSA) is a common sleep disorder known to be the source of a variety of health issues. But for those who have not been diagnosed with OSA, they may face an increased risk of health problems. And studies show that medical costs are substantially higher among older adults who go untreated for the sleep disorder.

Researchers at the University of Maryland School of Medicine (UMSOM) found that OSA can be a costly medical condition if left untreated. Risks include cardiovascular disease, stroke, diabetes, hypertension, depression, and even premature death.

The study, published in the Journal of Clinical Sleep Medicine, involved a review of a national sample of Medicare claims data. Health care costs were measured over a year among Medicare beneficiaries who were 65 years and older and who were ultimately diagnosed with OSA.

It was found that over a 12-month period, patients who were undiagnosed with OSA had more doctor’s appointments, hospital stays, and emergency room visits compared to those who received treatment for the sleep disorder. On average, these patients had nearly $200,000 more costs in the year.

Dr. Wickwire, who was the principal investigator for this research, explained that “Economic aspects of diseases are increasingly recognized as important drivers of health decisions by patients, those paying for services, policymakers and ultimately the taxpayers. Sleep disorders represent a massive economic burden on the U.S. health care system.”

Dr. Wickwire cautions that people untreated for OSA are continuing to rise, highlighting the importance of early detection and treatment among older adults.

“We conducted the largest economic analysis of sleep apnea among older adults to date,” said Dr. Wickwire. “Medicare beneficiaries with obstructive sleep apnea cost taxpayers an additional $19,566 per year and utilized more outpatient, emergency, inpatient, prescription, and overall health care services. It’s important to realize that costs associated with untreated sleep disorders are likely to continue to accrue year after year, which is why our group focuses on early recognition and treatment.”

It is hoped that studies such as this will help to underline the importance of routine screening for obstructive sleep apnea (OSA) in older adults, especially in those with medical and psychiatric comorbidities, to better contain treatment costs. But this isn’t just about the burden on the healthcare system. It is estimated that OSA affects up to 70 percent of elderly nursing home residents, and these individuals are at higher risk of death.