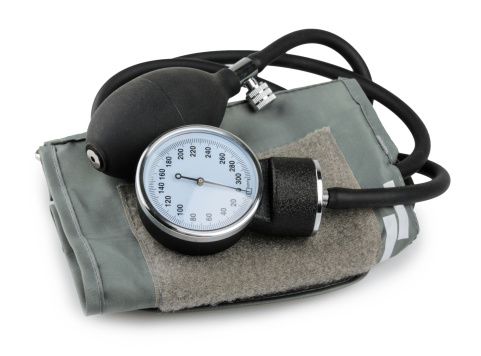 According to a new study conducted by researchers at the University of Montreal Hospital Research Center (CRCHUM), as many as 20 percent of Canadians diagnosed with high blood pressure (hypertension) may not actually have the condition at all.

A common item found in every doctor’s office is a sphygmomanometer to measure blood pressure. It is an instrument typically called a blood pressure cuff, which wraps around the patient’s arm, and with the use of a stethoscope and a tensiometer (a mercury filled instrument to allow the reading of blood pressure), the doctor obtains a blood pressure reading. This is generally considered a manual device as it requires the user to function.

In 2016, guidelines from the Canadian Hypertension Education Program (CHEP) stated that electronic measurement is preferable to manual methods for screening blood pressure. Automatic electronic blood pressure monitors, known as oscillometric devices, have shown to be more accurate and easier to use. These electronic machines can be found in local pharmacies and can even be bought for home use, adding a much-needed convenience to less abled individuals.

A medical sociologist at CRCHUM, Janusz Kaczorowski, wanted to know why so many doctors were still using older methods to obtain blood pressure readings. Last spring, his research team conducted a survey among Canadian family doctors to ask them about their use of blood pressure monitors.

Of the 769 doctors who responded to the survey, 52 percent said they used manual blood pressure measurements to screen for high blood pressure, with only 43 percent saying they routinely used an automatic device.

“It’s encouraging that more and more family physicians are moving away from manual office BP measurement for diagnosing high blood pressure,” Kaczorowski says, “but it’s discouraging that more accurate methods are not being used more often”.
While taking manual blood pressure measurements can be very precise, it can only be so if it is done properly, which is rarely the case, according to Kaczorowski and his team.

The researchers go on to note something called “white-coat syndrome,” which refers to a temporary rise in blood pressure during times of stress, of which doctor’s office visits often fall into.

“To take blood pressure the right way, a 12- to 15-minute period is required to allow patients to relax,” he said. “But the average family doctor visit lasts only 10 minutes. Automated devices can get the best reading because they can account for ‘white-coat syndrome.’”

“Clinicians should use automatic devices,” Kaczorowski said. “They are more expensive but more precise because they take several measurements.”

What’s worrisome is that some Canadians are taking medication they don’t need for high blood pressure, simply because their blood pressure measurements were done incorrectly.

“If people who take high-blood-pressure medication had their blood pressure measured incorrectly, the financial implications are considerable, in addition to the side effects, which could be avoided,” Kaczorowski remarked.

Related: Blood pressure differences when lying down, standing up, and sitting

What is systolic and diastolic blood pressure?