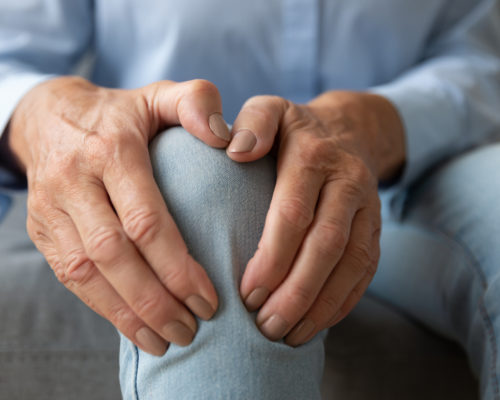 “There is a need for consistent osteoporosis screening recommendations in men.” This message comes from leading researchers who have found that men are mainly underdiagnosed and undertreated for osteoporosis.

Osteoporosis is a common disease that weakens bones to the point where they break easily. The loss of bone mass, measured as bone density, accelerates in women at the time of menopause. In men, it usually becomes more of an issue around age 70. Bone is a living tissue that is in a constant state of regeneration, and in most people, around the age of 30, they begin to lose more bone than can be replaced. This is when bones become weaker in structure.

Osteoporosis research has primarily focused on women in the past, but a new study presented at the ACR Convergence, the American College Rheumatology’s annual meeting, has suggested that men may have worse outcomes in some respects for osteoporosis fractures compared to women. This new study analyzed the baseline characteristics of male patients who have had an osteoporosis-related fracture.

“Men are typically not part of routinely recommended screening with DXA and so they are both underdiagnosed and undertreated. While many comorbidities (i.e., cardiovascular disease) are commonly recognized and treated in men, sometimes even more than women, osteoporosis is not one of them. Even post fracture for major fractures like a hip, rates of treatment are disappointingly low, leaving men at risk for yet another fracture,” says the study’s co-author, Jeffrey Curtis, MD, MS, MPH. “There is also a lack of consistent guidelines for osteoporosis screening recommendations for men,” he added.

For the study, data from 9,876 Medicare beneficiaries were analyzed. Among the patients, sixty-one percent were 75 or older, and 90% were white. It was found that in the two years before a fracture, fewer than 6% had a bone mineral density test with DXA, which is the standard bone density test. Researchers also found that two-thirds (62.8%) of the patients had a history of musculoskeletal pain, and nearly half (48.5%) had a history of opioid use one year prior to their fracture.

Due to the identification of high-risk male patients, researchers concluded that targeted osteoporosis screening and therapies would be of great value.

Addressing the absence or gap in undergoing bone density screening was the primary reason for the study. Among women, screening for osteoporosis over the age of 65 is highly recommended. However, among men, only the National Osteoporosis Foundation (NOF) recommends that all men over 70, and those between the ages of 50 to 69 who have risk factors, get screened.