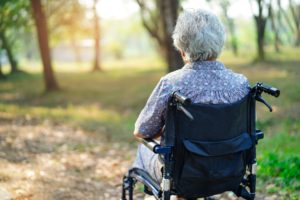 Those with a large waist but normal weight could be at a higher risk for developing dementia, according to new research. Previous studies have linked a larger waist circumference to health problems, but this is a first to show a link to dementia.

The Korean study led by Dr. Geum Joon Cho and colleagues at Korea University in Seoul involved more than 870,000 participants. All of the participants were over the age of 65 who were part of a national health screening examination in 2009. It was found that by the time half of them had been followed for at least 6.5 years, 13% had been newly diagnosed with dementia.

“The onset of dementia is really complicated, and we don’t completely understand it yet. But there seems to be something related to central adiposity (abdominal fat) that can relate to incidence of dementia,” said Sarah Szanton, Director of the Center for Innovative Care in Aging at the Johns Hopkins School of Nursing in Baltimore, Maryland, who was not involved in the study.

Szanton believes that despite these new findings regarding waist size, health care providers will continue to focus on whether an elderly patient is getting regular, well-balanced meals, rather than if they are gaining weight.

“In geriatrics, we try not to focus too much on someone’s weight. It’s much more around quality of life and staying active and getting a range of things to eat,” she said.

Although the study doesn’t prove that extra fat around the waist causes dementia in healthy-weight individuals, it does suggest a link between the conditions. The study reported in the journal Obesity, found that among older adults with a normal body mass index (BMI), rates of dementia rose consistently along with waist sizes of at least 90 cm (about 35.5 inches) for men and 85 cm (about 33.5 inches) for women.

BMI has long been used to look for links between dementia and obesity, but the authors of this study contend that waist circumference is a better indicator of excess fat than BMI. This is especially true in older people who tend to lose lean body mass like muscle and gain fat without a change in weight.

Katherine Possin, a researcher at the Memory and Aging Center at the University of California, San Francisco believes the increased risk of dementia in underweight individuals may be due to underlying medical conditions. “A low BMI in late life often reflects a loss of lean muscle mass, which may be due to medical conditions or a change in eating behavior, while people who are overweight likely have maintained their lean muscle mass,” said Possin.

She agrees that in late life, waist circumference is a better measure of obesity than BMI. She added, “Successful treatment of obesity can substantially reduce dementia risk.”

The study concluded by showing that people who were overweight or obese had a lower risk of dementia than normal-weight individuals, but those who were underweight actually had the highest risk. This study should help physicians to look at obesity in a different way and possibly help patients before a dementia diagnosis.