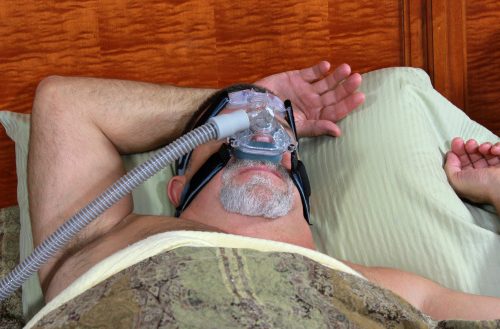 Obstructive sleep apnea (OSA) raises the risk of hypertension, and researchers have found that gut bacteria may be a possible link between the two. The researchers uncovered that a gut microbiome imbalance may lead to hypertension, based on the study where a high-fat diet was fed to rats with sleep apnea.

Lead author Dr. David J. Durgan said, “Obstructive sleep apnea often doesn’t exist alone – usually people with apnea suffer from some other issues such as obesity or diabetes. So we started our research by feeding a high-fat diet to our rat model and found that they were not becoming obese, but they were becoming hypertensive. What we found instead was that the high fat-diet changes the microbes that are present in the gut.”

Durgan added, “We showed that what triggered hypertension in those suffering from sleep apnea was the imbalanced microbiome. Diet does affect the microbiome, but when we really examined the changes that were occurring in the microbiome, we found that there were changes due to both diet and apnea itself. So the effects of apnea and diet synergized to result in the hypertension.”

In the unbalanced microbiome, researchers also revealed the decreased production of butyrate, a fatty acid responsible for maintaining the integrity of the gut barrier – in other words, keeping bacteria and toxins away from the rest of the body.

“These findings suggest that manipulation of the microbiome as a treatment for obstructive sleep apnea-induced hypertension should be further explored. That includes looking into how changes in diet or adding probiotics to increase butyrate might be used as potential treatments,” concluded Durgan.

Treating sleep apnea has been found to help reduce blood pressure levels in patients with hypertension. Sleep apnea is commonly treated with a CPAP device in combination with lifestyle habits for the best results. Lifestyle habits not only contribute to sleep apnea, but they are the same risk factors that contribute to high blood pressure as well. Making these changes can help improve both conditions.

A study published in the Journal of Dental Sleep Medicine looked at over 299 patients with sleep apnea along with 77 with hypertension. Over the course of nine months, the patients used an oral device to help keep their airways open and keep them unobstructed. Treatment effectiveness was tested by oxygen levels, sleep apnea symptoms, and overall quality of life.

The findings uncovered that the oral appliance helped improve blood pressure. In 59 patients, the blood pressure levels have been normalized after the use of the device.

A mouth guard-like oral appliance was found to be more comfortable than a CPAP device, and the results show they can be effective in not only treating sleep apnea, but lowering blood pressure as well.

CPAP devices are effective at treating sleep apnea. However, roughly half of patients do not use them continuously due to discomfort, thus increasing their risk for health complications.

If a sleep apnea patient is not using their CPAP device, they may be an excellent candidate for this custom-fit oral appliance in order to treat their condition. The doctors should speak to their patients about the options they have.