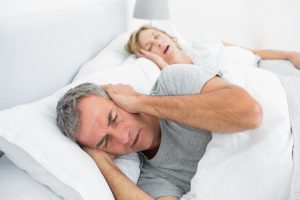 Obstructive sleep apnea may increase heart failure and mortality in women. Risk factors for both sleep apnea and heart failure do differ between men and women, and it has been unclear whether the effects of sleep apnea on cardiovascular health were the same for both sexes. To establish any differences, researchers evaluated the links among sleep apnea, cardiac bio-markers that provide early evidence of heart disease, and occurrence of adverse heart outcomes in 1,625 individuals who were free of heart disease when first studied and followed for an average of almost 14 years.

The findings suggest, there are gender-based differences between obstructive sleep apnea and cardiovascular disease. In women specifically, sleep apnea was associated with higher blood levels of troponin, a marker that provides information on early evidence of heart injury.

Coauthor Dr. Susan Redline said, “The finding that sleep apnea is associated with evidence of early heart injury and an elevation in long-term risk of heart failure, coronary heart disease, enlargement of the heart muscle, and death in women highlights the importance of sleep apnea screening and treatment for women, a group who often are not routinely screened for sleep apnea.”

The study looked at post-menopausal women who have the highest risk for cardiovascular disease and sleep apnea. The researchers suggest older women are at a higher risk for both conditions than men.

Redline concluded, “We hope these results focus attention on the importance of sleep apnea in women, who historically are under-diagnosed in this area.”

Sleep apnea is more commonly seen in men, but women can experience the sleep disorder as well – just differently. Differences in sleep apnea between men and women stem from differences in hormones and anatomy. Women are more likely to suffer from insomnia, depression, and daytime fatigue, and women’s circadian clocks typically run shorter than men’s, which means women tend to fall asleep and wake up earlier than men. Women also deal with sleep deprivation differently. One similarity between men and women is snoring, which is a common sign of sleep apnea. 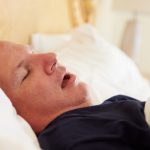 Using a CPAP device to treat sleep apnea not only aids in the sleep disorder but can also help lower blood pressure (which has been found to increase during sleeping hours in sleep apnea patients) thanks to keeping the oxygen flow to the brain steady.

In order to prevent complications associated with sleep apnea, get assessed through a sleep test if you suspect you may have the condition. Once you’re diagnosed you can then take the necessary steps to treat it all the while reducing your risk of heart disease, too.