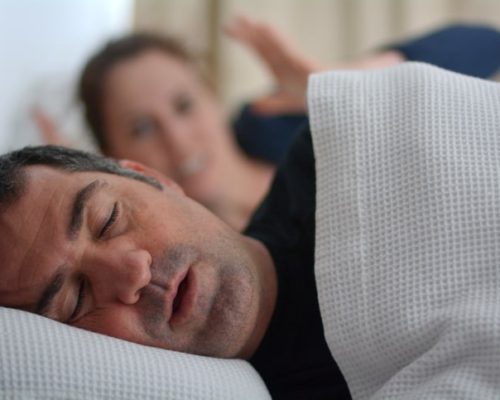 Gout is a common form of arthritis, most often affecting the joints in the hands and feet, caused by a build-up of uric acid crystals, which results in inflammation and pain in these joints. It is believed to affect nearly 3 percent of all adults. Obstructive sleep apnea (OSA) is also thought to affect a similar percentage of adults, although it is suspected to be underdiagnosed due to patient unawareness.

Both conditions are linked to serious comorbidities including metabolic syndrome, hypertension, obesity, insulin resistance, and cardiovascular disease, which is why a group of researchers performed a study to determine whether people with obstructive sleep apnea are more likely to develop gout than those without it.

On average, the participants were involved in the study for 5.8 years. Past research has only related obstructive sleep apnea to gout for a period of 1 year after diagnosis. The researchers behind the current study wanted to ensure their results showed both the risk of developing gout in relation to obstructive sleep apnea in the short term and the long term, which is why they extended the follow-up period for their study to nearly 6 years.

Risk of Gout Peaks within First Two Years of OSA

The results of the study confirm the findings of previous research, that obstructive sleep apnea increases a patient’s risk of developing gout by around 50 percent. The findings of this study go beyond the results of the past, which had only determined that OSA increases the risk of gout within one year of diagnosis, to say that the risk of gout incurred by obstructive sleep apnea patients is at its highest during the first two years after diagnosis.

“While there is potential for misclassification of OSA, this diagnosis is unlikely to be made solely in primary care and, as such, will be entered into the patient’s record only after a diagnosis has been made by a respiratory specialist in secondary care. Previous studies have shown that when a GP records a diagnosis of OSA, this diagnosis is usually correct. Therefore, it is likely that those identified as having OSA do indeed have the condition; however, OSA may be unrecognized in some patients,” write the researchers.