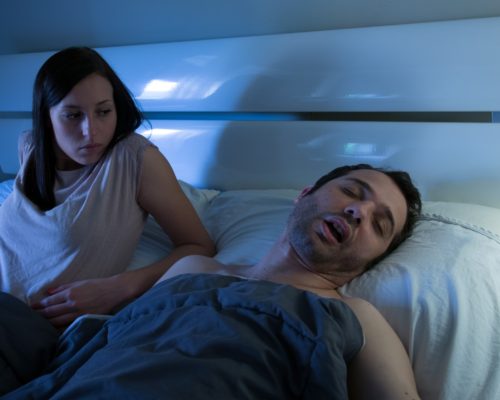 Failed depression treatment is of real concern, but research now recommends physicians look at obstructive sleep apnea for a possible connection. While it is known that patients with obstructive sleep apnea tend to have a higher risk of depression, little was known about the relationships between the two, which is what lead investigators to look to a population of patients they were already studying.

But when researchers further studied the 125 patients enrolled with depressive symptoms, they still found disease in 17 of them. The study showed that forty-four percent of the patients had treatment-resistant depression and four of the 17 diagnosed with obstructive sleep apnea had severe problems. Most of the participants were in the upper range of sleep apnea. It was noted that sleep apnea and other sleep problems tend to increase with age and were similar in other respects like sex and weight.

Overall, investigators found that 14 percent of the 125 patients with major depressive disorder, insomnia, and suicidal thoughts also had obstructive sleep apnea, even though risk factors for the disease were initially excluded from the study.

“No one is talking about evaluating for obstructive sleep apnea as a potential cause of treatment-resistant depression, which occurs in about 50 percent of patients with major depressive disorder,” says McCall, the corresponding author of the study in The Journal of Psychiatric Research.

This may be the beginning of this type of research looking at the link between depression and sleep apnea, but McCall reasons that the new evidence already suggests that testing for obstructive sleep apnea should be part of the guidelines for managing treatment-resistant depression.
“We were completely caught by surprise that people did not fit the picture of what obstructive sleep apnea is supposed to look like,” says McCall.

In the quest to find a reason for a lack of response to depression treatments, patients may get an MRI scan, carotid artery studies, or even a spinal tap. But McCall now points out that before any of these expensive, invasive tests are performed, health care providers should be doing simple sleep tests first.

These new findings may mean that managing depression could now include looking at treatments of obstructive sleep apnea. For the very least, health practitioners should be doing comprehensive screening for sleep problems on those who display signs of treatment-resistant depression.