Home » Brain Function » Obesity may be linked to dampened chemical response in the brain: Study 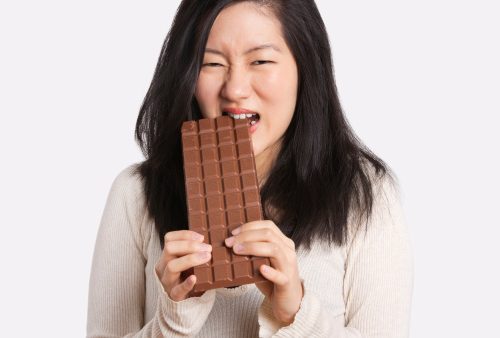 Eating more than you have to is a common problem today. Food is readily available, can be bought for next to nothing, and comes in enormous quantities. Much of the workforce is also shifting to sedentarism, being bound to a desk, creating an obesity epidemic. It is estimated that more than two-thirds of adults are overweight or obese, with more than one in 20 suffering from extreme obesity. It is easy to say that these individuals simply do not have enough self-control to restrict their food intake and get enough exercise, but perhaps its more than a matter of willpower, and instead, a difference in brain physiology. According to new research at UCLA, brain scan studies suggest that people whose brains are wired to produce a more subdued response to food may ultimately compensate by eating more.

This new revelation may also explain differences seen between men and women regarding food, and perhaps explain why women often find it more difficult to manage weight compared to men. It was found that women’s brains appear to favor a more emotional response to eating experiences, while men primarily focused on how food satisfied their senses. The researchers go on to say that this relation to food seen in both sexes may also help explain factors driving cravings and drug-seeking behavior.

The study in question analyzed brain scans of 86 healthy men and women to identify whether brain physiology played a role in obesity. The researchers tracked the activity patterns of a neurotransmitter called dopamine in relation to eating. Dopamine is known as the reward chemical of the brain and is critical to how the brain responds to both satiety after eating and deprivation from hunger.
It was found that people who had a less responsive dopamine system were less sensitive to food satisfaction, and in theory, that would make them prone to eating more to compensate for this deficit. It was also found that women’s brains draw a significant neurological link between food and the part of the brain thought to process emotion, with a relatively muted response in dopamine produced during eating. This dynamic did not occur in men. What was seen in men, however, was that they seemed to be more inclined to link eating to regions of the brain that handle senses like smell, temperature, or taste, with more obese men having an increased response in these sensory areas. This dynamic was not seen in women.

While a fascinating outcome of the study, it may not come as much of a surprise. It does, however, allow both sexes to better understand their eating habits to possibly better tailor weight management programs to maximize results. The researchers go on to say that dopamine releases are also seen to increase during exercise, and physical activity might be part of the answer.