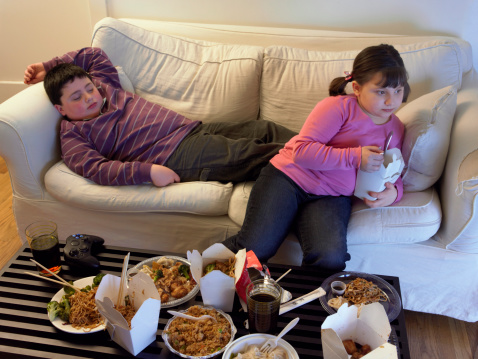 By analyzing data from the Centers for Disease Control and Prevention (CDC) Behavioral Risk Factor Surveillance Survey, researchers uncovered that the majority of obese Americans reside in the Midwest and Southern states. The highest ranked state is Arkansas with an obesity rate of 35.9 percent. Next in the obesity line are West Virginia and Mississippi.

Obesity rates are quite high across American, but within the Midwest and South you can see rates over 30 percent. There are a total of 45 states which have an obesity rate of over 25 percent and 22 states with rates above 30 percent.

Thirty years ago (1980s) data revealed that no state had an obesity rate over 15 percent, but that grew to over 20 percent by 1991. Jeffrey Levi from Trust for America’s Health, said, “Efforts to prevent and reduce obesity over the past decade have made a difference. Stabilizing rates is an accomplishment. However, given the continued high rates, it isn’t time to celebrate.”

Obesity is a risk factor for many other health complications, including diabetes, cardiovascular disease and even premature death. The CDC reports 78.6 million American adults are obese.

Other findings from the report show that seven of the top 10 states with high obesity rates also appear on the list of states with the highest diabetes prevalence. These states include Arkansas, West Virginia, Mississippi, Alabama, Oklahoma, Ohio and South Carolina.

The researchers identified that, in order to curb obesity rates, prevention should begin with children. They suggest it is easier to prevent obesity in children by teaching them proper techniques to stay healthy than to reverse the damage already done in adults.

Risa Lavizzo-Mourey, president and CEO of the Robert Wood Johnson Foundation, said, “In order to build a national culture of health, we must help all children, no matter who they are or where they live, grow up at a healthy weight. We know that when we take comprehensive steps to help families be more active and eat healthier foods, we can see progress. Now we must extend those efforts and that progress to every community in the country.”

Although effective methods to reduce the obesity epidemic have been created, not enough time or energy has been invested to implement these policies and practices to really create change. The researchers suggest more should be done to get these initiatives put into place.

The report is titled The State of Obesity: Better Policies for a Healthier America.