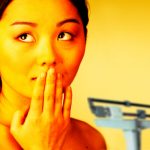 Weight gain can be an ominous sign to many people, especially when they have tried many different diets and just can’t shed the pounds. For those who are already obese the situation is even more frightening. Obesity can lead to all sorts of serious health problems such as heart disease, diabetes, and hypertension.

According to the Centers for Disease Control and Prevention Obesity in America is common. More than one-third of U.S adults are fighting obesity. Depression is also a big issue. Approximately 9 percent of American men and women are depressed to some degree.

Sixty per cent of patients seeking treatment for obesity at the University of Massachusetts Weight Centre are also struggling with psychological problems such as depression. Several studies conducted at other medical schools across the country point to a link between weight gain and depression as well.  It is often described as a vicious cycle…obesity and weight gain lead to depression. Depression leads to failed diets and eating, which ultimately lead to weight gain. Many of the studies have been based on behavioral research; a rigorous examination of human behavior through observation.

For many years scientists have thought that genes were somehow linked to obesity so researchers at McMaster University in Ontario wondered if there could also be an association between genes and the depression. They examined 17, 200 DNA samples from 21 different countries. They studied their genomes, compared that with their diagnoses, based on criteria for major depressive disorders.

What they uncovered was somewhat surprising. A link between the gene known as FTO and obesity was discovered in the group. As well, it turned out FTO was associated with a reduction in depression, not an increase. With each additional copy of the gene, one’s risk of being clinically depressed was reduced by 8 per cent according to the research.

The study’s authors say this is the first time scientific evidence has pointed to the FTO gene as a protector against “major depression, independent of its effect on body mass index”.

When it comes to depression, studies with twins and brothers and sisters have shown about a 40 per cent genetic association with depression, yet the McMaster research team points out those scientific studies attempting to link genes with depression have been largely unsuccessful to date.

The 8 per cent reduction in depression discovered through the McMaster University study is small, but significant enough to warrant more research, and enough to convince many people that being overweight doesn’t mean you will necessarily be unhappily ever after.