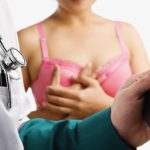 For years, cancer statistics have shown that the average age for first diagnosis of breast cancer in women is over the age of 50. Now new research is revealing that cancer in younger women is on the rise – and it isn’t necessarily early stage breast cancer. A national study published in The Journal of the American Medical Association states that the rate of late stage breast cancer appears to be increasing amongst young women.

Up until recently, regular breast checks and mammography was advised for women over the age of forty. However, this study adds yet one more increasingly prevalent cancer type on a list that has been disconcertingly growing for much younger women. The Centers for Disease Control reports that the risk of cervical cancer amongst women aged 20 to 29 is just over 20 percent, while the Mayo Clinic found a significant increase in the number of skin cancer cases among young women this past spring. The idea of breast cancer being a real risk to young women just hasn’t been in the spotlight until now.

The breast cancer study was conducted by the director of the Young Adult Oncology Program at Seattle Children’s Hospital, along with staff at the University of Washington. It states that the incidence of advanced breast cancer increased among women ages 25-39 by 2.1 percent per year, from 1976 to 2009. Analyses of cases spanning 1973-2009, 1992-2009, and 2000-2009 clearly indicate an increase in incidences of cancer, with the disease spreading beyond the lymph nodes in women ages 25 to 39 over that period of time.

The authors of the study find this significant increase disturbing, and it is unclear as to why young women would be getting breast cancer that is spreading to their bones, brains, and lungs so aggressively. Furthermore, there are currently no measures in place to screen young women for breast cancer unless they have high cancer risk, such as a strong family history of the disease.

Uncovering the Mystery behind Cancer

Oncologists say the Seattle study has opened the door for a lot of important discussion, as well as a call for more in-depth research. Some suggest environmental exposure, childhood obesity, and delayed childbearing all need to be looked at when investigating possible causes for the increases in cancer rates.

For now, the message to young women is not to panic. However, it’s important to be aware of breast cancer risks for young women, so that immediate action is not delayed if a lump is found, or anything else that is out of the ordinary. No matter what your age, any concerns you may have should always be addressed by a doctor sooner rather than later.