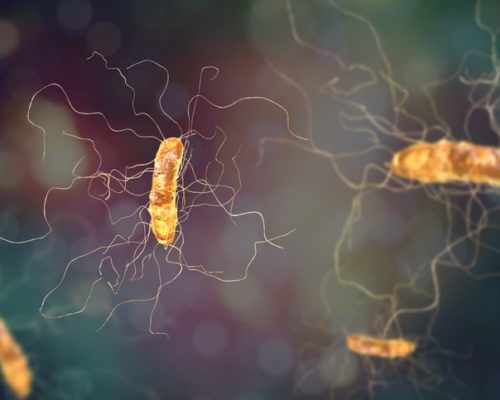 Non-steroidal anti-inflammatory drugs (NSAIDs) are associated with the severity of a Clostridium difficile (C. difficile) infection, according to the latest research findings. C. difficile is the most common cause of dangerous hospital-born infections.

For the study, the researchers followed two groups of antibiotic-treated mice for one week after they were infected with C. difficile. One group was treated with NSAIDs prior to infection, and the other was not. Only 20 percent of mice treated with NSAIDs survived by the end of the observation period compared to the control group, where the survival rate was near 80 percent.

The researchers suggest that prior exposure of NSAIDs before C. difficile infection increased infection severity as a result of NSAIDs altering gut microbiota. This depletes prostaglandins – a hormone-like substance that plays a role in gut health. These findings support previous research that the use of NSAIDs may cause or worsen colitis by reducing the production of prostaglandins.

Lead researcher David Aronoff concluded, “Ultimately, these new results might guide how we treat people with C. diff, particularly with pain management. Right now, it’s too early for our results to guide clinical care, but they should be a stimulus for future studies.”