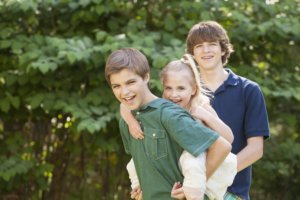 Maybe you’ve heard of the “second child syndrome” or that the eldest in a family is the smartest. New research from the University of Illinois has said ruled out birth order has no meaningful effect on personality traits and IQ.

Researchers at the University of Illinois did find that the oldest child does have a slighter higher IQ and different personality traits, but the differences were so small it has no relevance to people’s lives.

“This is a conspicuously large sample size,” said psychology professor Brent Roberts. “It’s the biggest in history looking at birth order and personality.”

Findings of the study revealed eldest children experience one point higher in IQ. Additionally older children tend to be more extroverted, agreeable, have less anxiety, and be conscientious.

Roberts summarized the significance of the findings: “In some cases, if a drug saves 10 out of 10,000 lives, for example, small effects can be profound. But in terms of personality traits and how you rate them, a 0.02 correlation doesn’t get you anything of note.”

He said the results can’t be seen with the naked eye. “You’re not going to be able to sit two people down next to each other and see the differences between them. It’s not noticeable by anybody,” he said.

The findings were published in the Journal of Research in Personality.
Source:
http://www.eurekalert.org/pub_releases/2015-07/uoia-msb071615.php