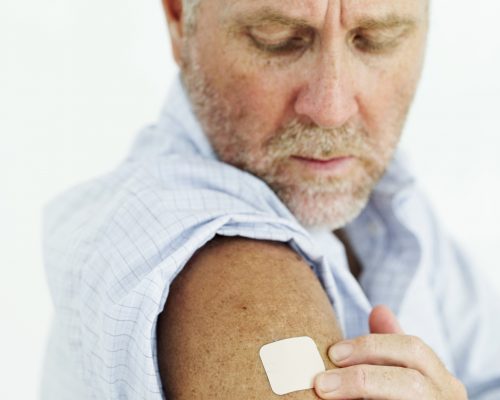 There’s yet another reason for smokers to consider quitting.

New research indicates that there are more benefits in attempting to quit smoking than may have been originally thought. A recent study shows patients who used a nicotine patch experienced improvements in their long-term memory capabilities and other cognitive areas.

The study conducted by the Vanderbilt School of Medicine explored the impacts of nicotine patches on a test group of 74 non-smokers (half of them were formerly smokers), at an average age of 76. Each participant experiences minor cognitive impairments, or MCI.

MCI is the term used to cover a wide-range of levels of mental deficiencies, from moments of forgetfulness, or so-called “senior moments”, to more serious spaces in memory lapse like disorientation. MCI is usually a good indication as to whether a person will develop Alzheimer’s or other types of dementia.

Researchers discovered that patients who were given nicotine patches for 6 months showed a 46 percent increase in their long-term memory capabilities, attentiveness, reaction time and other cognitive areas. On the other hand, patients who were given a placebo experienced a 26 percent decline in their abilities in the same areas. Changes in progress were monitored by researchers, the patients themselves, family members and close friends.

Nicotine has long been known to increase cognitive abilities like memory, which is why some smokers claim they still indulge in the activity. And although discrepancies in the results of the tested groups were not major, they do indicate the need for further study in the area of nicotine’s effect on the brain and how, or if, it can be used to treat dementia or the slow the onset of Alzheimer’s.

It was also interesting to find that the effects of the nicotine patch did not weaken over time, showing the body’s resistance to forming a tolerance to the treatment. Essentially this means that a similar dosage should continue to offer the same effects regardless of how long a user is exposed. Furthermore, the sample group displayed no withdrawal symptoms when they went off the patch.

These findings are increasingly interesting because nicotine is thought to be the main addictive ingredient in cigarettes. The nicotine is said to cause feelings of pleasure and arousal in users, which is where the addiction comes from, some researchers contend.

The results of the study also showed the impacts of nicotine to be stronger in people who are at a higher risk for Alzheimer’s. These people, which have two copies of the APOE4 gene (which is a genetic combination that raises the chance of getting Alzheimer’s significantly), have fewer nicotine receptors in their brains. Therefore, it is thought that nicotine works to protect the existing neurons so they function at a higher level for a longer period of time.

Because the study was very small and there is still plenty of research to be done, it is not recommended that those experiencing slight memory loss should start using nicotine patches. However, if you’re thinking about quitting smoking, using the patch may prove to help you in the long run.