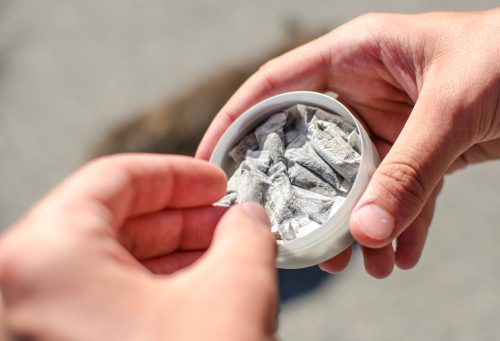 Compared to regular cigarette users, those who use smokeless tobacco have been found to have higher levels of nicotine and carcinogens – two cancer-causing toxins. Men and younger individuals are common users of smokeless tobacco products, although the usage is less than that of regular cigarettes. Author Brian Rostron, Ph.D., said, “Previous small studies have found high levels of toxic constituents including carcinogens [cancer-causing agents] in smokeless tobacco users, but analyses of nationally representative data have been generally lacking to date.”

Dr. Rostron added, “Our analysis of data from NHANES, a large, nationally representative study of U.S. health behaviors and outcomes, generated results consistent with those from previous smaller studies. Levels of biomarkers of exposure to nicotine and the cancer-causing tobacco constituent NNK were higher among exclusive smokeless tobacco users than exclusive cigarette smokers. This continues to put smokeless tobacco users at risk for adverse health effects, including cancer.”

He concluded: “Our findings demonstrate the need for continuing study of the toxic constituents of smokeless tobacco as well as their health effects on the individuals who use them. This is why the FDA and CDC [Centers for Disease Control and Prevention] are continuing to analyze and monitor biomarker levels among tobacco users and why the FDA and NIH [National Institutes of Health] are collaborating on the Population Assessment of Tobacco and Health (PATH) Study, a large longitudinal study in which biospecimens such as blood and urine have been collected.”

The findings were published in Cancer Epidemiology, Biomarkers & Prevention.