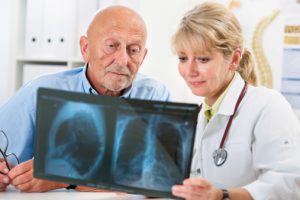 There’s some good news for smokers – sort of: Your lungs are now considered worthy of donation.

Surprising, right? Not that we advocate continuing to light up, given the proven health risks of cancer and increased risk for heart disease and obesity.

A new study, conducted by the Harefield Hospital in the U.K.  and published in the Annals of Thoracic Surgery, reveals that transplanting the lungs of heavy smokers does not have an impact on patient outcomes after surgery.

RELATED READING: Quitting Smoking Can Save Your Vision

“Based on our results, history and extent of donor smoking do not significantly affect early and mid-term patient outcomes following lung transplantation,” lead researcher Dr. Sabashnikov told the Annals of Thoracic Surgery.

“While this does not eliminate the need for long-term follow-up, donor lungs from heavy smokers should be considered for patients needing lung transplantation as they may provide a valuable avenue for expanding donor organ availability.”

Using the lungs from heavy smokers could be a way of contending with a donor shortage. Generally, transplantations are cost-effective and largely successful. But according to the United Network for Organ Sharing, an estimated 1,763 lungs were donated in the U.S. in 2013. That’s low given the number of lung transplants that are needed for patients with chronic obstructive pulmonary disease and cystic fibrosis, in particular. That leaves thousands holding on for suitable transplants – many of whom will die during that same waiting period.

RELATED READING: How To Calculate Your Cancer Risk

Nonetheless, the Harefield Hospital’s findings are expected to challenge the policy of refusing lungs from heavy-smoking donors, increasing the amount of selection and reducing wait lists altogether.

That should allow patients to breathe a little easier.