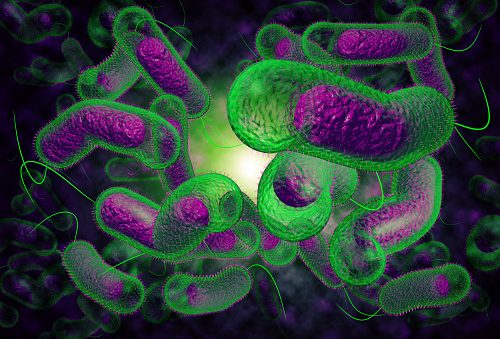 We all dream about going on a vacation to a tropical paradise. We fantasize about lying on a beautiful beach, soaking up the sun, and drinking exotic drinks.

When we do make the time to travel, we often neglect things that could make us sick. Our own country has many indigenous pathogens that affect us which our bodies can handle. However, other countries outside of America are a different story. A bacterium called cholera commonly affects travelers, leading to a potentially fatal case of diarrhea if not treated.

Scientists and researchers from Dartmouth recognize this problem and are trying to eradicate it.

Cholera is a bacterial disease that spreads through contaminated water. It’s a common occurrence at tropical resorts and the like. It can lead to severe cases of diarrhea and dehydration, and if left untreated, can be fatal. This threat has been mostly eliminated in modern industrialized countries, with the last outbreak in America occurring in 1911.

Most people affected become don’t become ill and never realize they are infected. Severe cases can lead to electrolyte imbalance, muscle spasms, or even altered consciousness and coma.

The Centers for Disease Control and Prevention (CDC) reports that three to five million cases and more than 100,000 deaths each year are caused by cholera infection.

Finding a new way to treat an old problem

This has led Anne Woodbrey, a Ph.D. student of Gordon Gribble, the Dartmouth Professor of Chemistry, to look into ways of controlling cholera. In a world of increasing antibiotic resistance, new ways of combating diseases are needed.

“Virulence refers to an organism’s ability to cause disease. By developing anti-virulent drugs, we are not killing the bacteria. We are preventing them from making us sick,” says Woodbrey.
The research team analyzed a protein called “ToxT,” which is specific to the bacterium Vibrio Cholerae. It was found to be directly responsible for turning on the bacterial genes that lead to the symptoms of a typical cholera infection. Upon closer investigation, an attached fatty acid was found in this protein. The team postulated that they could, in a way, augment the behavior of this bacterium, essentially turning it off.

“Using the folded structure of the monounsaturated fatty acid observed in the X-ray structure of ToxT as a template, we designed 10 novel compounds that inhibit the virulence cascade to a greater degree than any known inhibitor. Our findings provide a structural and functional basis for the development of viable anti-virulence therapeutics that combat cholera and, potentially, other forms of bacterial disease,” said Woodbrey and her coauthors.

A cholera outbreak can be even more severe after natural disasters. Even military and aid workers who are in confined areas and share the same sources are at risk. Developing prophylactic drugs that prevent symptoms from occurring can help save lives and resources.