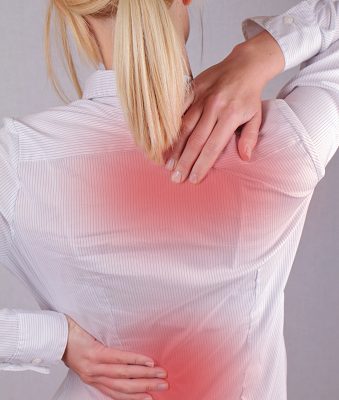 How many television adverts have you seen sporting some new technology that will relieve back pain for good? Probably too many to count. The problem with these types of advertisements is that they often promote products that are untested, don’t work, or are simply unfeasible for daily use. Back discomfort and pain is something over 50 percent of all adults will experience during their lifetime. It is said to cost $30 billion a year in medical expenses and $100 billion a year in lost productivity in the U.S. alone.

This is why researchers at Vanderbilt University have spent the time developing and testing a product that actually does work. Their new design combines a wearable mechanical garment with biomechanics to relieve strain on the back. The inventor of the design, mechanical engineering Ph.D. student Erik Lamers, earned himself a Young Investigator Award for his work on the project.

The inspiration behind the design was the performance-improving suits worn by superheroes such as Batman and Ironman. “The device consists of two fabric sections, made of nylon canvas, Lycra, polyester and other materials, for the chest and legs. The sections are connected by sturdy straps across the middle back, with natural rubber pieces at the lower back and glutes.”

The device is designed to be fully wearable and be in action only when activated by the user. The wearer can double tab the garment to activate it and then double tap again to turn it off once they have completed their back-straining task. It can also be activated using an app from the user’s mobile device.

The device underwent functionality testing by eight participants. The participants attempted to lift 25 lb. weights, followed by 55 lb. weights. While lifting, the participants were instructed to hold their positions when they reached 30, 60, and 90 degrees. The results of the testing showed that the device reduced back strain from 15 percent to 45 percent depending on the task.

The hope of the researchers is not to use the device as a treatment for already existing conditions, but that the device could be used to prevent adults from developing back problems to begin with. This device could be worn as a daily garment and would help to relieve the strain and muscle fatigue of jobs that require standing or leaning for long periods, as well as frequent lifting.

Related: How to use essential oils for back pain relief

Electrical shock therapy for lower back pain as effective as exercise