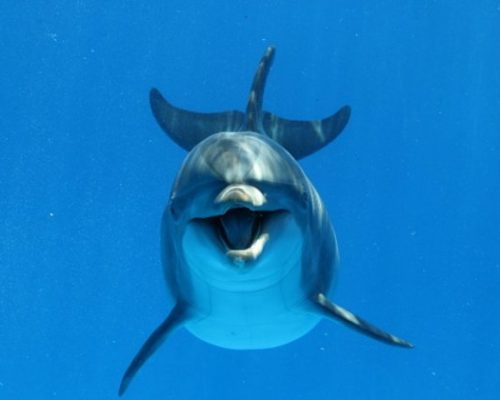 A new, potentially lifesaving treatment being tested by researchers was inspired by dolphins.

Have you ever wondered where emergency medical techniques are developed? What inspired medical practitioners to create maneuvers like the Heimlich? Well, in this case at least, the source of their inspiration may surprise you: dolphins!

Researchers at the University at Buffalo (UB) attempted to mimic a physiological response demonstrated in dolphins that they believed could help victims in traumatic accidents. This automatic response is called the mammalian diving reflex and is, as you can imagine, used for diving and submersion under water. It can be found in many water mammals such as seals and dolphins, but humans have also exhibited this physiological process.

The response becomes partially active in mammals when they submerge their faces in cold water. The purpose of this is to allow the animal to conserve oxygen, permitting them to remain under the water for longer periods of time. Another benefit of this process, in humans, is that it constricts the blood vessels in the face, forcing the blood back to the heart and increasing blood pressure.

The researchers at UB were interested to see if this process could be employed to the benefit of patients during emergency situations where the patient is at risk for elevated levels of blood loss. Their idea for this potential treatment was simple. They wanted to find out if placing bags of ice on a patient’s forehead, eyes, and cheeks evoke the same physiological response during trauma?

Using 10 participants, the scientists created a simulated blood loss trauma that would allow them to test out this theory. “Participants were placed in a tube-shaped LBNP [lower body negative pressure] device resembling a CAT scan machine. A pump sucks air from the device to create negative pressure inside. As a result, blood is pulled to the person’s legs from the upper body, simulating a hemorrhage event akin to tourniquet-controlled blood loss.”

Once they were removed from the LBNP device, bags of ice were placed on their foreheads eyes and cheeks for 15 minutes. Although very uncomfortable for the patients, the experiment worked! Blood pressure levels were raised, which would allow the patients more time if this were a real emergency situation.

The researchers responsible for this study say that continuing to evaluate methods of prolonging life when people undergo trauma that causes dramatic blood loss is crucial. Loss of blood during an emergency is the leading cause of trauma death in the general population. The most important factor for maintaining life during these situations is blood pressure. The lower the blood pressure, the more blood you lose. This new method, of cooling patients’ faces, is one of the most promising preventative measures in recent studies.

Essential oils for high blood pressure and how to use them

How to lower blood pressure quickly and naturally