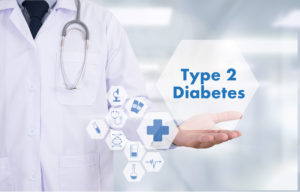 Patients who have heart disease may face a different treatment approach if they have also been diagnosed with type 2 diabetes (T2D). According to a new American Heart Association Scientific Statement published in the journal Circulation, there has been a change to the latest advances in treatments for patients who have both coronary artery disease (CAD) and T2D. The changes come as the complexities of care for these conditions together are more understood due to increased research on the subject.

“Recent scientific studies have shown that people with T2D may need more aggressive or different medical and surgical treatments compared to people with CAD who do not have T2D,” said Suzanne V. Arnold, M.D., M.H.A., chair of the writing group for the scientific statement, associate professor of medicine at the University of Missouri Kansas City.

As more research sheds light on the complications of treating patients who have both T2D and CAD, new treatment options are becoming available. Arnold said, “What we’ve learned in the past decade is how you control glucose levels has a huge influence on cardiovascular risk. Lowering blood sugars to a certain level is not sufficient. There are now more options for controlling glucose in people with T2D, and each patient should be evaluated for their personal risk of cardiovascular disease, stroke, and kidney disease. This combined health information, as well as the patient’s age, should be used to determine the appropriate therapies to lower glucose.”

People with type 2 diabetes often suffer from obesity, high blood pressure, and high cholesterol, which further increases their risk of cardiovascular disease. In the past, lowering levels of glucose in patients with T2D was the most important goal in therapy. However, with new findings to suggest complications in those who also have CAD, treatments are being altered.

For example, Metformin is the most frequently prescribed medication for initial treatment to lower glucose in people diagnosed with T2D. It can lead to mild weight loss, is inexpensive, and has a long use and safety history. A problem occurs when this drug is given to a patient who also has CAD. As the latest research indicated, several newer classes of medications may both lower glucose and reduce the risk of cardiovascular diseases.

Glucagon-like peptide-1 receptor agonists (GLP-1 receptor agonists) are another class of injectable medications that have been shown to lower blood glucose and can also cause a reduction in weight. Critics have mixed reviews about this drug, but research shows that it has been able to reduce the risk of major cardiovascular events caused by cholesterol build-up in the arteries, such as heart attacks and strokes.

For older adults experiencing both CAD and T2D, lowering glycemic levels on a smaller scale can help to reduce the risk of hypoglycemia, which is when glucose levels become too low. “Hypoglycemia is incredibly hard on the heart and should be avoided particularly in older patients. We must ensure that we are weighing all of the options in consideration of the whole patient, keeping in mind that what may be appropriate for a 60-70-year-old patient is likely not the same as for an 85-year old,” said Arnold. With some medications, such as metformin, SGLT2 inhibitors, and GLP-1 receptor agonists, the risk of hypoglycemia could be reduced, lowering the complications brought with it.

“While treatment with medication is very important in the treatment of people who have both T2D and CAD, no pill is a substitute for a healthy lifestyle. No matter what new medicines there are, a heart-healthy diet, achieving and maintaining a healthy weight, regular physical activity and treating sleep disorders remain the major cornerstones of treatment for T2D and cardiovascular disease,” concluded Arnold.