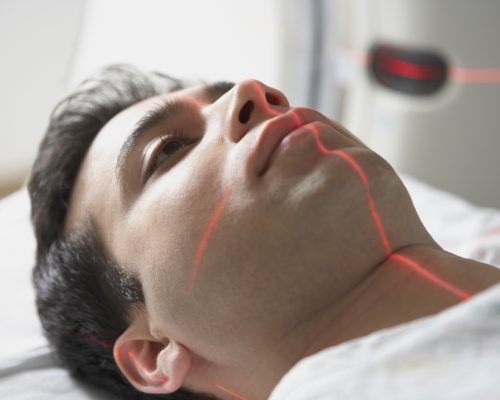 Scientists from MIT and Harvard have developed a new brain imaging study that can help detect children who have a greater risk of developing depression later in life.

In a report which appears in the journal Biological Psychiatry, Prof John Gabrieli, a professor of brain and cognitive sciences at MIT and the Grover M. Hermann Professor in Health Sciences and Technology, mentions that his team would like to develop technology that can help identify people at true risk, independent of why they got there. Their ultimate goal is to intervene early on in the pre-clinical stage of the condition and prevent depression from striking the person.

According to previous imaging studies, two brain regions – the subgenual anterior cingulate cortex (sgACC) and the amygdala – often show abnormal activity in patients with depression. However, it was not clear whether those differences were caused by the depression, or whether they were the reason for the depression. .
To get to the bottom of that mystery, the researchers decided to scan brains of children who had a parent who had suffered from the disorder, but were themselves not depressed. Previous studies show that such children are three times more likely to become depressed later in life, usually between the ages of 15 and 30. To find such children the researchers used the help of scores from a commonly used diagnostic questionnaire,

The team of researchers led by Prof. Gabrieli, studied 27 high-risk children, between the ages of 8years and 14 years and compared them to a group of 16 children who came from depression-free families. .

The researcher used functional magnetic resonance imaging (fMRI), to measure the synchronization of activity between different brain regions. By looking at synchronization patterns that emerge when a person is not performing any particular task, the scientists were able to determine which regions naturally communicate with each other.

In the at-risk children, the researchers detected several distinctive patterns. The strongest of these links was between the subgenual anterior cingulate cortex and the default mode network – two brain regions that are most active when the mind is unfocused. This same pattern is also seen in the brains of depressed adults.

The researchers also observed extra-active connections between the amygdala, and the inferior frontal gyrus, the areas of the brain which are respectively responsible for processing emotion, and language processing. But in the areas of the frontal and parietal cortex, which are important for thinking and decision-making, they found that the connectivity was lower than normal.

According to Prof. Gabrieli, the findings suggest that this type of scan could be used to identify children whose risk was previously unknown. This will facilitate early treatment of these children before they get into the clinical stage of depression.

Early diagnosis and intervention is important because statistics show that once a person suffers from an episode of depression, they are more likely to have another. By helping a person avoid the first bout, clinicians and health providers can help put the person on a different trajectory altogether.