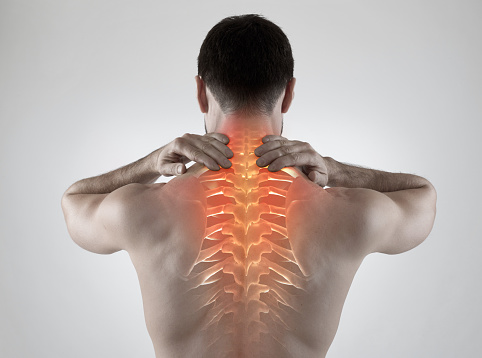 The spinal cord makes up a key part of the body’s motor and nervous systems. It is what relays communications between neurons in our muscles and neurons in the brain, ultimately controlling muscle movements. It also delivers sensory information regarding pain, temperature, and touch between the brain and other body parts.

This is why spinal cord injuries are so inhibiting. Where motor neurons connect with the spinal cord, they form what is known as the motor root (this is called the sensory root for sensory neurons), which is essentially a clump or knot of neurons surrounding the site of attachment. When traumatic injuries occur to the spine, these roots are often torn, causing the patient to lose neuron function in those areas. Scientists have spent years researching treatments for these injuries that may help patients recover some of the functions provided by the spinal cord.

One new surgical technique, originating in the UK and Sweden, reconnects sensory neurons to the spinal cord in the damaged areas. New research from its developers has uncovered exactly how the surgery works at a cellular level. They hope that by furthering their understanding of the healing processes, they will be able to develop additional treatments for patients whose spinal cords have been severed completely.

While motor neurons are more easily reconnected to the torn tissue at the site of the injury, the same is not true for sensory neurons. The new surgical technique mentioned above has offered a potential for repairing the sensory neurons also. Essentially, the primary sensory cells are removed from the sensory root and then the root itself is implanted into the spinal cord where secondary sensory neurons are present already. These neurons are not typically connected to sensory roots, but the surgeons found that the implantation caused certain spinal reflexes to return.

The scientists then studied the new technique in rats to better understand how this implantation worked at a cellular level. They simulated the same spinal cord injuries that the patients from the first surgical trials had and then repeated the same implantation technique as they had in the human patients. Between 12 and 16 weeks after surgery, the new neuron circuits were tested and the neural tissue was viewed under a microscope.

The neural circuits were fully connected and the sensory root had integrated itself into the spinal cord successfully. “When they examined the tissue, they found that small neural offshoots had grown from structures called dendrites (branched projections at the end of neurons) in the dorsal horn. These thin offshoots had extended all the way into the implanted sensory root to create a functional neural circuit.”

The scientists behind the surgical technique hope that this type of neuron implantation will be able to repair other types of spinal cord injuries as well. Further research and development will be needed before this treatment becomes widely available, but this certainly offers hope for many patients who have experienced a traumatic spinal cord injury.

What does thoracic spondylosis mean? Causes, symptoms, and treatment

Bladder problems in people with spinal cord injuries can be improved with training and epidural stimulation: Study