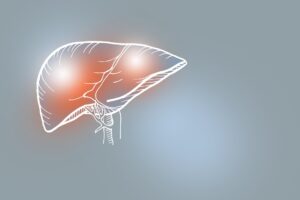 New research has shed a little light on one of the more interesting organs in your body. It’s found that regardless of how old you are, your liver is eternally about three years old.

The organ, which is responsible for clearing toxins from the body and metabolizing nutrients, has a unique ability to renew and replace its cells at a high rate. It regenerates from damage rather quickly and appears to be able to do so throughout life.

Findings from the German study suggest that the ability to regenerate itself does not diminish with age.

That’s not to say that some people won’t put their liver through so much that damage could be inescapable or that others may have a genetic problem with their liver, but it does suggest that keeping it in relatively good health will keep it from aging.

The study, which was published online in the journal Cell Systems, used a technique called retrospective radiocarbon birth dating to learn the age of the livers of several people who died between the ages of 20 and 84. In all of them, liver cells were generally the same age.

Of course, your liver still needs your help. As impressive as this organ is at regenerating, it is still at risk of disease.

You can help your liver maintain optimal health by limiting sugar and alcohol intake and doing your best to eat a healthy diet rich in fruit and vegetables. Some vegetables, like broccoli, may even have added benefits to help optimize liver health.

Sugar can take a heavy toll on your liver, so pay attention to how much you’re eating. It is the main culprit of non-alcoholic fatty liver disease, or NAFLD because it is very easy to unknowingly consistently over-consume. Limiting processed foods is the best defense.