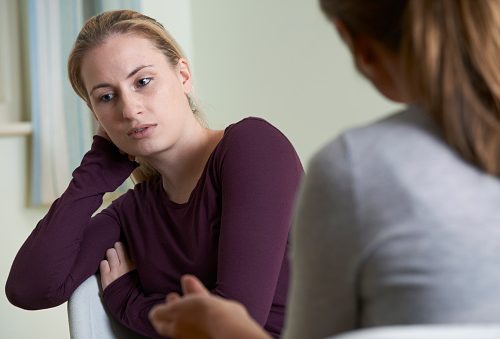 A recent study conducted by South London and Maudsley NHS Foundation Trust in collaboration with King’s College London has revealed that cognitive behavior therapy (CBT) can rewire the brain and promote healthier neural connections. CBT is a type of talk therapy that aims to change the way patients think and respond to thought and experiences, and it aids in the development of healthy coping strategies to ease distress and promote overall well-being. This therapy has proven effective in those suffering from psychosis—a symptom common in schizophrenia patients—as well as for a variety of other psychiatric issues. This new study examined the long-term effects of cognitive behavior therapy and addressed how the brain rewires itself to cope with psychosis.

Patients from an existing study conducted by the same researchers were recorded via medical files to track how their recovery went. In this earlier study, patients underwent fMRI scans to examine the brain’s reaction and responses when exposed to images of faces expressing a variety of emotions. Each were evaluated before beginning the study and again after six months of regular cognitive behavior therapy. Because these patients were already taking medication to cope with their psychosis, they were compared to a group that were also on medication but did not receive any CBT.

Fifteen of the participants who had received CBT were followed over the course of eight years and given a questionnaire at the end of this period to help researchers evaluate their rate of recovery and overall well-being. The study found that strengthened connectivity between the amygdala and frontal lobes was linked to long-term recovery from symptoms of psychosis. While the amygdala is the fear center of the brain, the frontal lobes are responsible for logic and reasoning, and the strengthened connection between these two areas aids in better processing and rationalization of fear responses.
The results of this study are promising, as they suggest that psychosis symptoms may be better treated using cognitive behavioral therapy rather than medication, meaning that those with certain psychiatric disorders could one day have an effective, natural alternative to aid in the recovery of psychosis. More research is required to confirm the benefits of CBT.