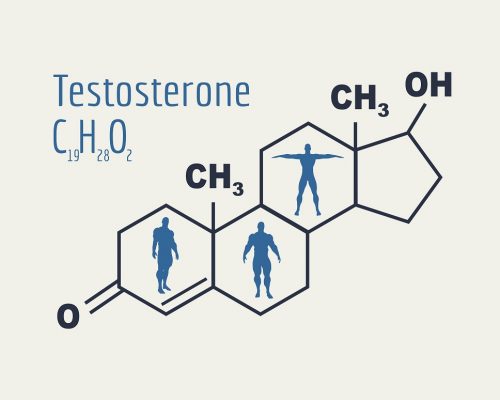 For a long time, testosterone levels have been closely associated with success in America. Men with higher testosterone tend to make more money, live in wealthier neighborhoods, have higher skilled jobs, and have better health.

In women, however, higher testosterone is associated with the exact opposite of all that.

Multiple studies suggest the above, but new research is showing that testosterone and socioeconomic outcomes are likely unrelated.

Testosterone is a sex hormone found in both men and women, and it plays a role in several health factors. Men have significantly higher levels, on average, and it’s associated with various behavioral traits.

Adequate testosterone levels are needed in both genders for optimal health and function. It plays a role in body composition, bone health, and in men, mood and sex drive.

But it may the effects that are attributed to testosterone – and its apparent socioeconomic implications – may have more to do with American culture than genetics.

In men, risky behavior, for example, is celebrated and cited as a way to win and make it to the top. Many may argue that women don’t enjoy the same freedom. That could be one potential explanation for the discrepancy in testosterone’s effects.

That doesn’t mean that the effects of testosterone aren’t real, just that they may be massively overstated. This study, published in Science Advances, suggests that testosterone is likely not nearly as important in socioeconomics as is often perpetuated.

So when you think of testosterone, try to think mainly of its health effects. Men, for the most part, can feel the effects of testosterone tapering off as they get older. To potentially give it a boost, try things like weight lifting, weight loss, and a healthy diet.

You may also want to consider talking to your doctor about other ways to boost testosterone to improve health.