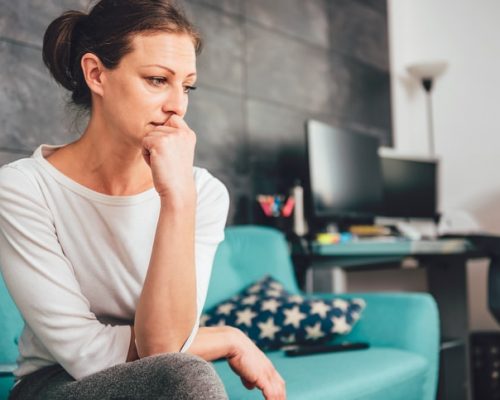 A new study has uncovered that a lack of sleep can wreak havoc on your social life. It is well known that poor sleep can negatively affect several areas of your life and health, so these latest findings are really of no surprise, but still interesting to note.

The findings from the University of Berkeley found that sleep-deprived individuals are more likely to experience loneliness and are less inclined to interact with others. Furthermore, lack of sleep makes a person less socially attractive, which can intensify feelings of social isolation.

To achieve their findings, the researchers conducted a series of fMRI scans, surveys, videotaped stimulations, and standardized loneliness measures.

First, the researchers examined the brains of 18 young healthy adults before and after experiencing a sleepless night. Their scans were then analyzed while they watched videos of strangers approaching them. When they felt the person was too close, they could push a button to make the video stop.

The researchers found that participants experienced greater social repulsion activity in the brain when they were sleep deprived and reacted in a way similar to feeling like their personal space was being invaded.

Furthermore, the area of the brain which encourages social interactions was significantly stunted among sleep-deprived participants.

Another area of the study recruited 1,000 persons to watch clips of participants talking to one another about commonplace activities.

The participants were asked to rate how lonely each person looked without knowing their sleep status. Those who were sleep deprived were ranked lonelier and less socially desirable by the observers.

To determine whether loneliness was contagious, the researchers asked the participants to rate their own social isolation after watching 60-second videos. The researchers found that observers felt more alienated after viewing the videos, even if they weren’t sleep-deprived.

Senior author of the study Matthew Walker explained, “We humans are a social species. Yet sleep deprivation can turn us into social lepers. The less sleep you get, the less you want to socially interact. In turn, other people perceive you as more socially repulsive, further increasing the grave social-isolation impact of sleep loss.”

There has been an influx of reported loneliness and lack of sleep could be perpetrating these feelings and creating a vicious cycle. Sleep plays an important role in mental well-being and mood, so improving it is a good tactic for reducing negative feelings and improving mood.

If you are struggling with sleep, then speak to your doctor about what you can do to improve it in order to maintain overall good health, including social interactions.